Shaunagh Brown column: I didn't know we had won the Six Nations

In her first BBC Sport column England prop Shaunagh Brown talks about how their Six Nations win came as a shock, why wink murder is keeping players sane and her Black History Month Instagram campaign.

It took me by surprise when we won the Six Nations on Sunday.

Scotland’s draw against France meant we couldn’t be caught at the top of the table. I was sitting at home playing Super Mario on the computer and most of my Whatsapp groups were on silent so my phone didn’t go off at first.

Somebody messaged me saying ‘congratulations’ and I didn’t know what it was about. I looked at the squad Whatsapp group to see what was going on.

One of the staff members had said congratulations too and I was still completely oblivious to it all, then I worked out that we had won the title.

I was thinking ‘have I missed the game or something?’ I wondered if I had been asleep for a week and hadn’t been able to play Italy, who we face this Sunday to try and win back-to-back Grand Slams.

It was a complete anti-climax. I carried on playing on the computer. I told my mum and she just said ‘oh that’s good, isn’t it?’

My sole role in the group is to be confused about anything rugby-related. A lot of the other players had watched the Scotland match and worked it out as it was going on.

We hadn’t spoken about the fact we could win the title at training because our preparations are always about playing. There is never any squad chat about what the table looks like. We don’t want to have to rely on other people’s results. 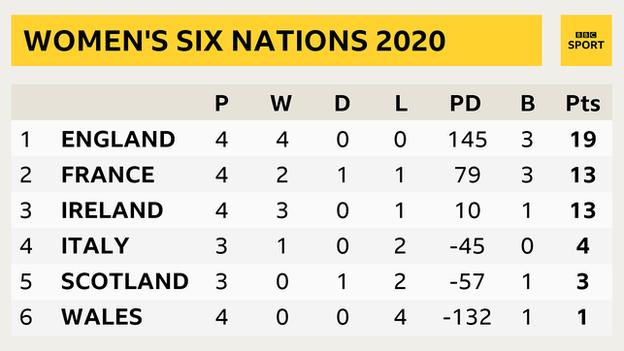 ‘Wink murder is keeping us sane’

With coronavirus restrictions in the England camp, we have to keep morale up. Last week I brought some cards in because that is what keeps us sane in normal circumstances.

We started playing but were told we couldn’t because we were all touching the cards and hadn’t had the results of our Covid tests yet.

You talk to each other, but there is only so much you can say when you spend eight hours together.

So our current game is wink murder, where someone ‘kills’ people by winking at them and you have to guess who the murderer is.

We considered playing duck, duck, goose but there is too much running and touching involved.

With wink murder there is no touching – you can be as far apart as you want. It can be very entertaining because you turn into kids; everything is 10 times more dramatic. It makes for a great game.

I’d say we’ve played at least 30 games of wink murder and we’ve only started playing in the past couple of weeks.

Playing for Harlequins in Premier 15s at the moment, the laws are different so that there are fewer scrums to reduce the risk of coronavirus spreading.

There is a lot of running rugby and we are playing 35-minute halves. It suits my style. It means I’m not tired from scrummaging.

You might see a bit more flair at the weekend because us props, who have had a bit more of a run-around in club games, have remembered we can do footwork and carry the ball.

When we’re at England training we still scrummage and play. It is a stark reminder that we are playing Italy under normal, international rules on Sunday and it is going to be a lot of hard work.

But we will be ready because we have got a new strength and conditioning lead and he has brought a lot of changes.

His sessions are split into green, amber and red and you reconsider your life choices after a red session.

It has been so tough. We have been looking at the data and they are making us work a lot harder in England training than we would in a match for our Premier 15s clubs.

Me, Detysha Harper and Sarah Beckett are normally dying. We just try to drag each other through.

The backs are the smug ones – Jess Breach is one who comes to mind. When you see her numbers after a session, they are so high and she looks fresh as a daisy.

For Black History Month, I’ve been doing an Instagram story a day educating followers about black people from history.

These people are out there – it is just about looking for them and encouraging people to want to look for them.

What it has shown is that people haven’t been taught this information in schools or in adulthood. So now it is on us to learn.

I don’t know all that stuff – I’ve been researching it, the same way anyone could. I’m just doing my bit to make it more easily accessible.

It has been stressful finding something interesting and making it interactive. I have been waking up earlier to make sure I can get the posts up and then get on with my day because, if I don’t, I’ve got to find half an hour later to sit down and do it.

A lot of teachers have messaged me saying they are embarrassed because they didn’t know all these things, which is cool because it is brave to say that.

They say they are going to take it back to the school and teach their kids. It’s hugely powerful.

As much stress as it has been, it has 100% been worth it and I will definitely be doing it again next year and each October indefinitely. But I am looking forward to 1 November. 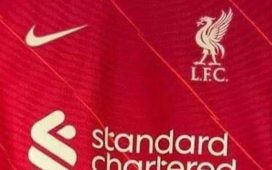 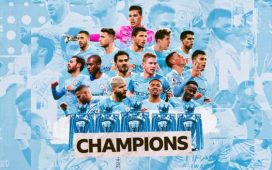 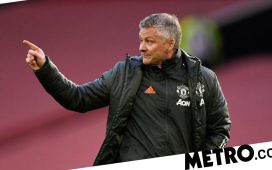 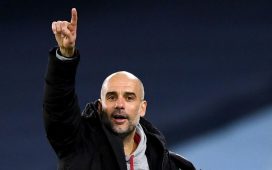