It’s been nearly three years but finally England will return to action on Friday, 16 months after Shaun Wane was appointed head coach and a year after he was supposed to take charge of his first game. The return will be as low-key as it gets: a friendly against the re-christened Combined Nations All Stars at Warrington. But given that Wane will only have one more game – against World Cup semi-finalists Fiji on 15 October – before his team launch the Rugby League World Cup against Samoa, it still counts.

Preparations have been wrecked by Covid. Both training days last week had to be cancelled as players from several Super League clubs had to self-isolate, leaving Wane with just two sessions this week to prepare his team. The folly of Super League clubs voting for an extra home game each has been highlighted once more: because games are being squeezed in next midweek, two (it was three until Covid ran through the Hull KR camp) Super League games are actually scheduled for when England are playing! And still the clubs’ leaders claim they want to help England win the World Cup, transforming the sport’s profile. When will they ever learn?

With none of the half dozen NRL contenders present, England’s starting line-up will look very different to the team expected to face Samoa in October. As if the fixture is not quirky enough, Wane may give England debuts to two Ireland internationals (Toby Currie and Joe Philbin making it a trio of Warrington Irish alongside Ben Currie), one Welsh (St Helens’ Barrovian tyro Morgan Knowles) and Poland-born Leeds forward Mikolaj Oledzki.

And leading the opposition will be Jackson Hastings, Wigan’s Australian star who, two years ago was playing for Great Britain and would probably be wearing the white No 7 jersey had Wayne Bennett still been coach. Instead, that will be filled by Wane protégé and free agent George Williams. Wane has made it abundantly clear that he is no fan of Anglo-Aussies, not picking any in his 38-man preliminary group, leaving Hastings to lead Combined Nations coach Tim Sheens’ band of Polynesian and Pacific Island brothers in a game that will raise money for the Mose Masoe Foundation.

Finding England decent mid-season opposition is an issue at the best of times, let alone with Australia’s borders all-but sealed. The RFL has opted against playing France in mid-season since thrashing them in Paris in 2010, despite them now having players spread throughout Super League. Ireland could also field a strong all-Super League side – if their best players weren’t in the England squad.

More than 117 years after the Other Nationalities team was formed to provide England their first opposition, no northern hemisphere nation is now considered strong enough. That’s a dreadful indictment of how the sport has failed to respond to the professionalism of both codes. Rugby league’s footprint has expanded in Europe – Serbia played internationals in Bosnia and Bulgaria this month – but the elite player pool remains concentrated in small areas of two nations.

Unlike union’s storied Barbarians, rugby league has failed to build a culture or tradition around its international invitational side. The first Other Nationalities only lasted two years as Test series with Australia and New Zealand began. They returned in 1921 before folding again in 1933.

The most successful Other Nationalities came after the second world war when the lifting of the international transfer ban led to an influx of antipodean talent to Europe. A whole group of Australia and New Zealand stars captained by Scot Dave Valentine beat England, France and Wales to the European Championship title in 1953, and won it again three years later with an influx of Welshmen after Wales dropped out. The last version – the Exiles – provided England with mid-season opposition for three years a decade ago. It is anyone’s guess how long the current incarnation will last, but England needs them right now.

Despite the desperate efforts of workhorse Anthony Mullally in the Carcassonne pack, Lezignan were crowned French champions on Sunday when they edged a gripping final 16-12. It was a draining affair in 30 degrees, but the noisy and colourful crowd in Toulouse made it a fitting end to the French domestic season. The ecstatic green-clad Lezignan fans piled on to the pitch after the hooter to celebrate wildly. If you missed it live, the game is available to watch online.

Eleven rounds in, when everyone has played nearly everyone else, is a good time to see how things stand. And having lost all 11, Leigh look doomed to become the fourth promoted team in the past five years to only last one season in Super League. Early wins are usually hard to come for newly promoted clubs: none of the last nine promoted sides has matched Hull KR in 2007, when they astonishingly won four of their opening five. They then lost their next seven.

Leigh won three of their first 11 games the last time they came up, as did Hull KR in 2018 and London the following year: Rovers stayed up while Leigh and London only went down on the last day. Castleford (2009) and Widnes (2012) both lost nine of their first 11, and Celtic Crusaders lost 11 straight in 2009, but the licensing system saved them all.

Leigh need to remain within a couple of wins of Salford before the pair meet again on 22 August, but that looks a massive task the way the Centurions are shipping points, 64 to Hull on Saturday.

Typically among the more attractive union teams to watch through league eyes, the Barbarians team was actually born in the heart of league land. Jesus College Cambridge headed north over Christmas 1884. After beating Leeds, Huddersfield and Bradford, Jesus lost at Batley. One Jesus player – Percy Carpmael – enjoyed it so much he took several touring teams north.

In April 1890, Carpmael took his Southern Nomads team out for a meal in Bradford to put forward his idea of a touring rugby club. The Barbarian Football Club was founded later that night. Later that year they drew at Bradford and Swinton, the team of mainly Oxbridge graduates returning each year to face the nation’s top sides until the Northern Union breakaway, after which the Barbarians turned their touring attention to Wales and the west.

The recently formed Wales women’s team will make their national TV debut when they play England on Friday night, 100 years to the week since Wigan splashed out £750 and £4-5 a game to lure Jim Sullivan from Welsh rugby union. Along with Scots Dave Valentine and Roy Kinnear (Rory’s grandad), Sullivan is one of the few players to have appeared for both Other Nationalities and the Barbarians.

However, look in Nigel Starmer-Smith’s history of the Barbarians, and they are listed separately, among dozens of mainly Welsh Baa-baas who went to league and had their club membership “cancelled”. There are no asterisks against the wife-beaters, fraudsters, drunk-drivers or bar-brawlers but, in a shameful sporting apartheid that lasted a century, those who opted to be paid for their talent became non-persons, sent, not to Coventry, but to Dewsbury. Upon signing for St Helens, Keith Fairbrother was sent from Coventry (RFC) to Coventry. Sixty years after playing for the Barbarians, Ray French is still banned by the club.

Barbarians who move to league, such as Gareth Thomas, are no longer blackballed, and there is no bar on those going the other way (Chris Ashton, Jason Robinson, Sonny Bill, Lesley Vainikolo and Willie Mason). Unique among Baa-baas is Sam Tomkins, who played at Twickenham a decade ago while still with Wigan. On Friday he may be England’s full-back against rugby league’s version. All very strange. 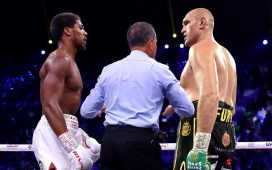 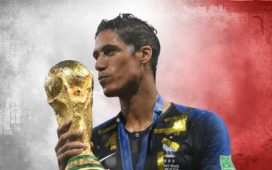