Shark evolution: How predator adapted to survive OUTSIDE water and ‘walk’ to beach prey


The epaulette shark is a species of longtailed carpet shark, found in the shallow tropical waters of the Great Barrier Reef and grows up to four feet in length. This predator has nocturnal habits and frequents these water at night, searching for food, at a time when the tide is normally out. As a result, over time, this shark has evolved to cope with the severe oxygen depletion in isolated tidal pools by increasing the blood supply to its brain and selectively shutting down non-essential neural functions.

He said: “The epaulette shark remains on the reef even when the tide goes out.

“Of course, with so little water, it doesn’t get as much oxygen as it requires normally, but it deals with that possibility by shutting off a part of its brain, reducing the oxygen demand.

“As the retreating tide exposes the top-most branches of the coral, the shark remains in the little pools between them for as long as it can.”

However, Sir David also revealed the shard can waddle across the rocky surface for a short period of time.

He added: “Then, it sets off to try and find food – shrimps, crabs, small worms that live on the reef.

“It does that by exploiting another talent it has, it can, in effect, walk.

“It may be slow in doing it, but the shark manages to make its way between the rocky pools to look for prey hidden between them.”

It has been found that the epaulette shark is capable of surviving complete anoxia for an hour without ill effects, and at a much higher temperature than most other hypoxia-tolerant animals.

Despite sounding like a nightmare encounter, epaulette sharks are harmless to humans, though they have been known to nip their captors.

They are easily observed and handled by beachgoers as they move slowly whilst out of water, and show little fear of humans.

This species adapts readily to captivity and is displayed by many public aquariums in the United States, Canada, and Australia.

More recently, Sir David has been filming sharks in Australia again, but with a much more sinister twist.

The 93-year-old captured a feeding frenzy in Ningaloo during the filming of his new series “Seven Worlds, One Planet”.

He said: “Thousands of species of fish and all kinds of other organisms thrive in these coral cities and have attracted the most ancient of living predators – sharks.

“But they come here for bigger rewards, these are fish from the open ocean and every so often they swim over the reef.”

He added: “The small fish swirl to make it harder for a hunter to single out a particular target.

“But the sharks aren’t trying to catch them individually.

“They are driving them closer to the shore, penning them against the beach.”

Sir David then detailed the moment the sharks carried out their attack.

He continued: “Millions of fish are now trapped in these shallow waters, it only happens like this once in every decade or so.

“The time has come to strike and for the sharks this is a bonanza.

“They work together and each shark fills its stomach.

“These shallow seas are exceptionally rich in sharks, there are more species here than anywhere else on Earth.” 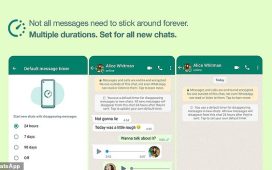 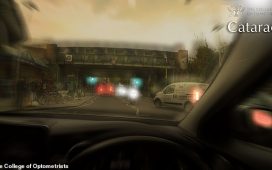 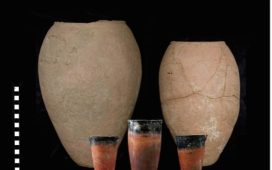 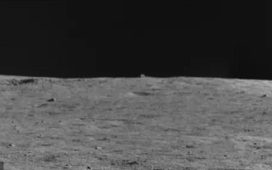 Omicron wasn't part of our festive plan, but here's how we can stay safe this Christmas | Susan Michie