Progress on climate change could be scuppered by developing nations if they are not given equitable access to vaccines, Boris Johnson has been warned, as rich nations come under new pressure to donate more doses.

Figures compiled by the Observer show that the wealthiest nations, including the UK, have enough vaccines to inoculate their populations more than twice over.

Before a three-day G7 summit beginning in Cornwall on Friday, a growing number of influential figures believe failure to agree a vaccination plan for poorer countries could lead to them refusing, or being unable, to work with rich countries in the battle against the climate crisis.

Johnson will seek to calm tensions on Sunday by calling on the world’s wealthiest nations to help vaccinate the entire global population by the end of 2022. “Vaccinating the world by the end of next year would be the single greatest feat in medical history,” the prime minister said. “I’m calling on my fellow G7 leaders to join us to end this terrible pandemic and pledge will we never allow the devastation wreaked by coronavirus to happen again.”

In a key week for UK diplomacy, Johnson is hoping to use the G7 gathering to lay the groundwork for Cop26, the vital UN climate summit being held in Glasgow in November, to which it is hoped rich and developing nations will send delegations. But as rich nations face accusations of stockpiling vaccines, Paul Polman, the former chief executive of Unilever and chair of the International Chamber of Commerce, said the two biggest global challenges were becoming increasingly, and dangerously, linked.

“We can’t have global solidarity and trust around tackling climate change if we do not show solidarity around vaccines,” Polman said. “Developing countries will not come with more ambitious targets [on emissions] if they do not see developed countries showing some solidarity on vaccines, and climate funding.”

The chances of success at Cop26, Polman said, “will be significantly higher if we address this vaccine issue.”

The secretary general of the Commonwealth, Patricia Scotland, agreed that vaccines were closely linked to climate action.

“There is an obvious link between equitable access to vaccines and action on climate change,” she said. “Only if we invest in equitable vaccine access and stand against vaccine nationalism will we beat Covid-19. Only if we ensure every country is able to afford to deal with its climate challenges will we be able to reach a meaningful agreement on a way forward.”

Joss Garman, the UK director of the European Climate Foundation and a former adviser to the Labour party on the environment, said there was a risk that the Cop26 talks could suffer the same fate as the collapsed Copenhagen summit in 2009 unless a deal was done on vaccines.

“The savage impact of Covid is costing developing countries around $1 trillion every year,” said Garman. “Overwhelmed by this immediate and ongoing health and financial crisis, almost 100 countries have yet to put forward their climate plan for Cop26.

“Others have explicitly made their efforts on carbon contingent on more assistance from rich countries. Unless the G7 puts together a package on vaccines and debt relief, success at Cop26 could be in real jeopardy. ”

A senior government source said UK ministers realised that the needs of developing nations on issues including vaccines, debt relief and access to green funds had to be addressed if Cop26 was to be a success.

“We know developing countries want recognition from the G7 that there’s now a triple unfairness: they didn’t burn the fossil fuels in the first place to develop their economies, they haven’t got the cash to protect themselves from climate change, and they haven’t got the jabs to protect themselves from Covid. The PM’s pledge to share vaccines is about acknowledging this – it’s an act of solidarity and there will be more ahead from this G7 as the UK demonstrates it is determined Cop26 will work for all, especially climate-vulnerable countries.”

New data shows that Canada, the UK, the EU, the US and Japan have collectively procured 5.3 billion vaccine doses despite having a collective population of just over 1 billion, according to the Global Health Innovation Center at Duke University in the US. Considering most vaccines require two doses for full vaccination, it means the world’s wealthiest countries could “double vaccinate” their entire populations and be left with plenty to spare.

Canada has the highest number of procured doses per head, with a total of 381 million procured vaccine doses for a population of just over 37 million. That would be enough to give each person 10 doses if all vaccines pass phase 3 trials.

The UK will have enough doses to give each of its people seven doses, the EU six per person, the US three per person and Japan two per person.

In comparison, most low- and middle-income countries are struggling to procure doses through either direct deals or the global vaccine-sharing initiative Covax. Colombia and Indonesia currently have enough to give an average of 0.9 doses per person, South Africa has 0.5 doses per person, and Pakistan has just 0.1.

Johnson has previously pledged to donate most of the UK’s surplus vaccine supply to poorer countries, but this process has yet to start. 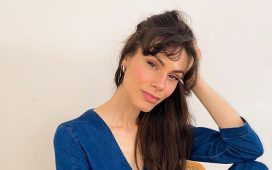 Why are more and more young women suffering from holistorexia 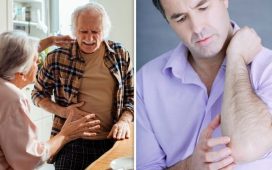 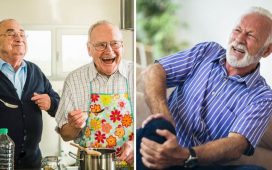 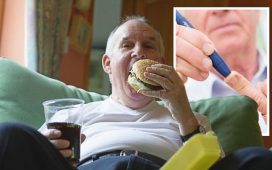