Sex worker Olive Pearl and her client Gavin Thorneycroft, who has cerebral palsy, are speaking out to try and break the stigma around sex with a disability.

The pair, who are now good friends, are encouraging others to be more open-minded and understanding.

Gavin, 32, first reached out to 30-year-old Olive for a session seven months ago, in February 2021, and he’s been a regular client ever since.

Because Gavin in unable to walk, due to his disability, the duo incorporate a sex swing into their encounters.

Olive, who has been in the sex industry on and off since she was 18, said: ‘Gavin is just a regular guy – with the same sexual desires as other people.

‘When I spend time with him, I don’t see him as any different to any other client.

‘We just have to get a little inventive with our positions to make sure it’s comfortable for him – the sex swing is great for that – but that’s it.

‘I feel privileged that Gavin trusts me enough to sexually satisfy his needs. We are now good friends, and we always have fun together.’

Gavin adds that Olive is always incredibly respectful and the pair have a great time together during their weekly sessions.

‘Having sex makes me feel normal, but it was hard to find a sex worker who gets it,’ he says.

‘Just because I’m disabled it doesn’t mean I don’t have the same wants and needs as able-bodied people.’

The 32-year-old also stresses that Olive is the best sex worker he’s been with and the pair have excellent chemistry.

‘90% of the time past experiences I’ve had sexually have been bad – they haven’t been able to understand how cerebral palsy can impact sex,’ he adds.

‘People with disabilities shouldn’t feel ashamed of having sex and being sexual – it’s totally normal.’

They are now are making TikTok videos in an effort to ‘break the stigma’ around disabled sex – one of which has been viewed more than 967,000 times.

Olive, who is originally from Hamburg, but now lives in Melbourne, continues: ‘It’s important that people appreciate that just because someone has a disability it doesn’t mean their need for a sexual relationship isn’t there – they just may need to do things slightly differently.

‘All it takes is some time to listen and a little creativity in the bedroom to make magic happen and it’s enjoyable for everyone.

‘It gives me great satisfaction – making sure Gavin is fulfilled.’


MORE : Nearly half of women are putting up with discomfort during sex 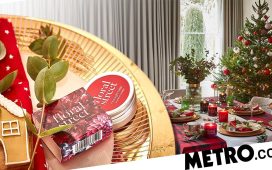 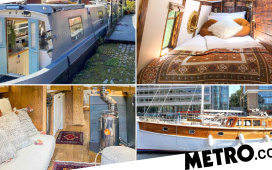