Fast-moving thunderstorms have lashed much of eastern NSW including Sydney, felling trees and causing flash flooding that has left some rural communities isolated.

By 6.15pm on Monday the State Emergency Service had responded to 281 call-outs across the state, the majority for trees down, leaking roofs and requests for sandbags to prevent property inundations.

SES spokesman Andrew McCullough said two people had to be rescued from vehicles caught by floodwaters at Gloucester on the mid-north coast and at Gulgong, just north of Mudgee.

He said on Monday evening around 1,600 people remained isolated by floodwaters on the mid-north coast, where one man had to be rescued after he was trapped in his home near Wauchope.

“We’re certainly expecting this unsettled weather to continue during the week with the occasional thunderstorm coming through and that could be anywhere across the state so we’re just asking people to be prepared over the coming days.”

The Bureau of Meteorology issued severe thunderstorm warnings as the system drove in from the west, hitting Penrith then across Sydney. The warnings were later extended to the Hunter region including Newcastle.

Ausgrid said a number of NSW towns and Sydney suburbs had power cuts due to the storms.

The cyclone crossed the coast north of Karumba shortly before 11pm on Sunday before weakening to a tropical low on Monday morning, tracking west across the region.

About 1,400 houses were left without power, but there were no reports of injuries, Queensland police commissioner Katarina Carroll said.

“It would appear at this stage there is no massive damage either, but there is a lot of water,” she told reporters on Monday.

The system dumped 262mm of rain in Normanton, with 186mm of that falling in six hours up until 3am on Monday, said the Bureau of Meteorology’s Pieter Claassen.

Claassen said about 60mm of rain had fallen in Cairns and Innisfail in just a few hours on Monday as the system moved south-east.

The bureau issued a flood watch for large parts of the north of Queensland, with up to 300mm likely to fall in the next 24 hours, and some areas seeing higher totals.

Severe thunderstorms are also forecast for northern Queensland and the south-eastern interior of the state on Monday.

On the south-east coast the chance of showers and thunderstorms increases from midweek, with showers expected until the end of the week. 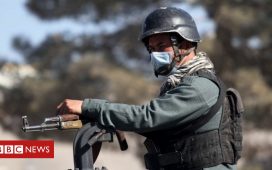 Space oddity: song rejected by Kubrick for 2001 released after 52 years 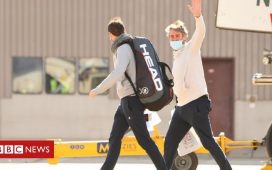