© Reuters. Senate Passage of USMCA Likely Delayed Beyond This Week

(Bloomberg) — A full Senate vote on President Donald Trump’s rewritten Nafta trade agreement will be put off until next week at the earliest, after the deal was referred to multiple committees for review, according to a GOP aide.

In addition to the Senate Finance Committee, the accord was also referred to six other panels that could take weeks to consider it. The Health, Education, Labor, and Pensions; Environment and Public Works; Appropriations; Foreign Relations; Commerce, Science, and Transportation; and the Budget committees haven’t announced whether they will take time to examine it.

The final vote could be delayed further if the House sends the Senate two articles of impeachment it adopted against Trump in December. So far, Speaker Nancy Pelosi has held up the notice, which would require the Senate trial to begin immediately, saying she’s seen no sign that Senate Majority Leader Mitch McConnell will conduct a “fair” trial.

Before Pelosi’s delay in transmitting the articles, McConnell had said a Senate vote on the U.S.-Mexico Canada trade deal would have to wait until after the impeachment trial.

Senate Finance Committee is meeting Tuesday to approve legislation to implement the bill. Republican Senator Chuck Grassley, the committee’s chairman, told reporters that he only learned yesterday of the referral to other panels and that he thinks it is “going to be a problem,” even though the committees can’t change the content of the deal.

“But the real problem is the extent that we don’t know when we are going to get the articles of impeachment. When those articles enter into the Senate chamber that has priority over everything else,” he said. “If I wanted to speculate, and if they don’t come over for another week or 10 days, we can get this done. If the articles of impeachment come over it could be two, three, four weeks before we can get this done.”

Because of the referrals and related procedures, a Senate vote this week or early next week is not possible, according to a Senate GOP aide, who asked to remain anonymous to discuss internal deliberations. Passage at the end of next week remains possible though, the aide said.

Approving the Nafta overhaul would give Trump a powerful win heading in an election year and could ease some of uncertainty weighing on the U.S. economy, strengthening Trump’s message of growth and prosperity for his 2020 campaign. It also allows Democrats from narrowly divided or Republican-leaning districts to show voters they’re working on issues other than impeachment.

The USMCA is projected to have a small effect on the overall U.S. economy, adding just 0.35% to GDP after six years according to an official U.S. estimate. 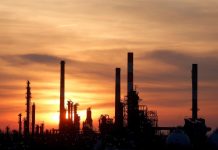 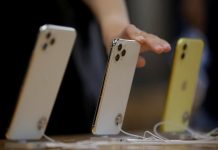 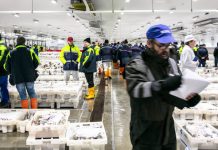