Seeyouatmidnight rolls back the years to win Veterans' Handicap Chase


Tucked away in the rolling hills of the Scottish Borders, a few miles north of Kelso, must lie a previously unacknowledged fountain of youth, from which Seeyouatmidnight is evidently the latest horse to have enjoyed a deep drink, judging by his victory here in the Veterans’ Handicap Chase.

As with his stablemate, Yorkhill, who won the Rehearsal at Newcastle last month, the years seemed to slide off Seeyouatmidnight’s back as he floated round, underlining the restorative powers of life at Sandy Thomson’s Berwickshire stable.

It is more than seven years since Seeyouatmidnight first wrong-footed the betting public, winning his debut race for Thomson at odds of 66-1, with AP McCoy pushing away despairingly on the 1-4 favourite, Regal Encore, for whose sake the champion jockey had made the long journey to Hexham.

There have been plenty of big moments since then, winning the Dipper at Cheltenham one New Year’s Day, cuffing Bristol De Mai at Carlisle and running third in the Scottish National, but the rollercoaster seemed to have hit the buffers in 2018, when he was retired over a suspensory ligament injury.

That was tough luck for Cheveley Park, the Newmarket stud whose owners had splashed out what was thought to be a six-figure sum so he could carry their colours in the Grand National the previous spring. After rigorous veterinary investigation, it was decided Seeyouatmidnight would no longer stand training and the horse was handed back to Thomson.

Softly, softly, as is his way, Thomson nursed the horse back to soundness. “There’s been a couple of nights I’ve gone into his box and thought, ‘Ah, it’s all over’. So we give him an easy time and it’s turned out to be a little flare-up or a knock or something. And here we are.”

READ  Mauricio Pochettino: Tottenham boss 'not in charge' of transfers

Backing him here required a leap of faith after he was pulled up at Haydock last month, when his jumping let him down, but Thomson was not deterred. “He just doesn’t like Haydock. He’s kicked most of the fences out of the way in two runs there.”

A quiet life and lots of different scenery are said to be the reasons why old horses keep their freshness at Thomson’s place and the trainer believes he gained crucial insights during his time in the 80s playing rugby for Kelso and the South of Scotland, recalling the odd occasion when “I’ve thrown my bloody tea up … I’ve been there, I’ve hit the wall and so I slightly know what they’re going through. So I try not to go that far.”

Jokingly, Nick Luck of RacingTV asked Thomson what the third rabbit out of his hat would be, following this horse and Yorkhill. The trainer electrified his audience by responding: “There is one. It’s very much in there at the moment …”

It was a reference to Bellshill, who won the Irish Gold Cup for Willie Mullins in 2019 and is evidently showing promise once more, despite a modest first effort for his new yard in November. Unibet’s ante-post man must have been listening, as the firm took an immediate sabre to Bellshill’s Grand National odds, hacking him to 25-1 from the 66s that had been available. Several firms still offer 50-1.

Seeyouatmidnight will be given a break and could have another tilt at the Scottish National in April. Yorkhill is being aimed at Doncaster’s Skybet Chase and will be given a speculative entry in the Cheltenham Gold Cup.

Cheltenham is also the aim for Metier, a storming winner of the Tolworth Novices’ Hurdle. It was an important first Grade One success for Harry Fry since moving to his own purpose-built stable in Dorset, just a few miles from the yard where he began his career.

“It’s been really exciting,” Fry said. “I wouldn’t be in a hurry to do it again, for sure. To be doing it from our own place means that bit more. We’re just working it out all the time and things are going the right way.” 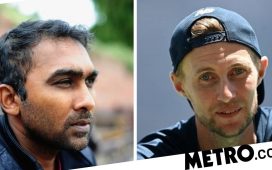 Frank Lampard sacked as Chelsea manager after 18 months in charge