KIM Kardashian set up gorgeous Christmas decorations outside of her $60million mansion.

The 41-year-old is getting into the Christmas spirit as her romance with Pete Davidson heats up.

In a new TikTok video from Kim’s hair stylist Chris Appleton, Keeping Up With the Kardashians fans got a glimpse of how the star decorated her home for the holidays.

After explaining that he helped get Kim ready to for an outing, Chris gave fans a peak at trees decked out in white lights that are located on the outside of her mansion.

As he panned around to show how many trees were covered, the hairstylist admitted he’s “obsessed with her Christmas tree lights.”

He added: “It gets me so in the mood for Christmas.”

Kim currently lives in a $60million mansion in Calabasas, which she bought with ex-husband Kanye West, 44.

The KUWTK star filed for divorce from the rapper in February, while it was recently revealed she gets to keep the house amid the split.

Kim has been living in the former couple’s home with their four kids: North, eight, and Chicago, three, and sons Saint, five, and Psalm, two.

Sources told TMZ in October that Kim and Kanye negotiated a buyout price for the home, which they essentially rebuilt from the ground up together during their marriage.

The pair purchased the Los Angeles mansion 2014 for $20 million, though have invested millions into the renovation process.

Back in April 2018, Kim’s mom Kris Jenner revealed that the house cost $60million on Twitter.

Kim and Pete, 28, have taken their new romance public in recent weeks.

The duo were first linked after Kim made her debut on the sketch comedy show Saturday Night Live in September.

Romance rumors began when the pair were seen out at an amusement park together, holding hands as they rode a rollercoaster with Kourtney Kardashian and Travis Barker.

After that they were seen out in New York City as they enjoyed a private dinner at a favorite restaurant of Pete’s in Staten Island followed by another date night in Manhattan.

A source recently told Us Weekly that her romance with Pete has been a pleasant change for Kim.

The insider said: “The past few years of Kim’s life have been super intense a lot of the time, so this is a real positive transition for her.”

The source went on to say: “She’s learning to move past day-to-day stresses and focus on the fun and sexy things.”

While Kim seems ready to move on, Kanye has been outspoken about wanting to rekindle his relationship with Kim.

Last week, Kanye shared an old photo of him kissing Kim on his Instagram Story.

The rapper shared a screenshot of an article with the headline: “Kanye West Says God Will Bring Him and Kim Back Together, Inspire Millions.”

Kanye seemed to endorse the article by tagging Kim in the post.

Days earlier, Kanye went on a rant about how he and Kim will end up together while stopping by the Los Angeles Mission to drop off 1,000 meals for skid row.

The hitmaker continued: “I’m here to change that narrative.

Kanye called out E! and Hulu after both the network and streaming service aired shows about the Kardashians.

‘PRIEST OF MY HOME’

He continued: “I am the priest of my home.

“I have to be next to my children as much as possible, so when I’m out of the house I got a house right next to the house.

“I’m doing everything to be right next to the situation.”

After the father of four said he “needs to be back at home,” he explained: “If the enemy can separate Kimye, there’s gonna be millions of families that feel like that separation is okay.”

The Stronger rapper added that “when God brings Kimye together there’s gonna be millions of families that are gonna be influenced to see that they can overcome the work of the separation of trauma, the Devil’s that chooses to capitalize and keep people in misery while people step over homeless people to go to the Gucci store.”

Kanye made the claims after he went on a podcast to remind people that Kim is still technically his wife as their divorce hasn’t been finalized. 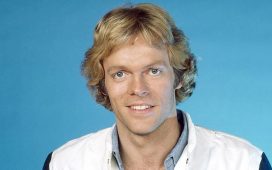 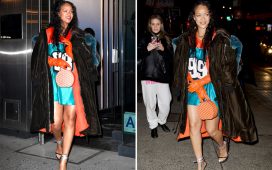 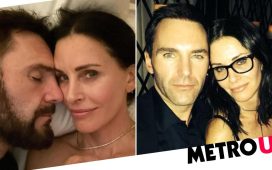 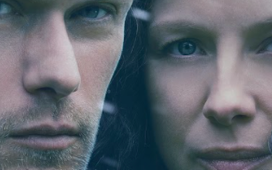 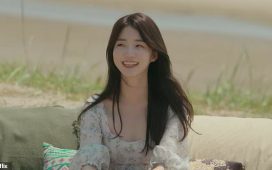 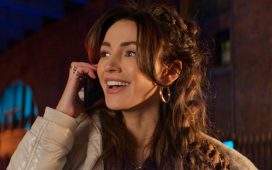