The prime minister should this morning at 9.30 come into the parliament, correct the record in person, and apologise for misleading parliament yesterday, when instead of the quote that he used allegedly from a Victorian detective, it was actually from a 2GB presenter.

It just shows yet again the lack of judgment that’s been on display for all to see from this prime minister when placed under pressure.

This began with a minister in the third scandal in which he’s been involved in just this year, saying that in a letter to Clover Moore that there had been $15m of travel, $14m from her and her fellow councillors on the Sydney city council, with the documentation that we know wasn’t downloaded from the City of Sydney website, even though that is what he said to parliament.

On Monday he repeated that in a letter that he tabled. A deliberate mislead, which is ongoing.

This minister has had over 80 days now to actually say who gave this document, how was it formed, how is it that he came to refer to it in the letter to Clover Moore. And yet we’ve seen no explanation, just an attempt to cover up, dismiss.

And now we have a prime minister ringing the New South Wales police commissioner on the very day that the investigation, Strike Force Garrad, was launched.

And in circumstances whereby, in the media release, they said, “No further comments would be made about the strike force,” and yet the prime minister told parliament that he discussed the substance of the investigation with the New South Wales police commissioner.

And there’s a big gap between what the New South Wales police commissioner is saying happened with that conversation and what the prime minister told parliament. 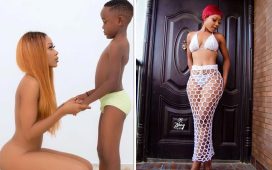