Scott Morrison has dismissed suggestions Australia could have vaccinated enough people by now to have avoided a lockdown to control Sydney’s Covid outbreak as “completely and utterly false”.

In his first press conference in almost a week, Morrison defended his government’s vaccination rollout, insisting it was only two months behind schedule.

The rollout has been thrown off course more than once by delays, changes in advice, supply issues and vaccine hesitancy, but Morrison said even at its most optimistic point, Australia’s rollout would not have prevented the Sydney situation.

“The national vaccination plan that was adopted last year, and all of the targets even on their most optimistic scenarios which haven’t been realised, none of them put Australia in a position where a suppression strategy could have been lifted at any time at least by the end of October,” he said.

“So the suggestion that somehow there was a vaccination rate that would have put us in a different position right now to what was planned last year is simply not true.

“There was never a 65% opportunity for Australia at this time of the year.”

The government’s own original targets suggested more than 20m doses were to have been distributed by July, with the first strategy aiming to have had the eligible population vaccinated with at least one dose by October.

It was only in the last 24 hours Australia’s vaccination rate passed the 10% mark, which included just one-third of the aged care workforce.

Announcing 300,000 extra doses of Pfizer and AstraZeneca would be sent to south-west Sydney where Covid cases are growing, the prime minister also encouraged residents who have had their first AstraZeneca dose to get their second dose closer to eight weeks after.

“Given the risks to people of the outbreak in that area, we believe it’s important that they get the second dose of AstraZeneca as soon as possible,” Morrison said.

The Australian Technical Advisory Group on Immunisation (Atagi) recommends the second dose be delivered 12 weeks later for maximum protection, but it can be administered a minimum of four weeks after the first.

Epidemiologist Marylouise McLaws told ABC TV shortening the window between doses was a good idea given the threat of the delta variant. However, it will likely mean a third booster shot will be required.

“Because if we start moving away from that 12 weeks then your antibody response may not be as good as it could be, but given that we are in dire straits at the present with delta, we do not want it to go across any state borders, we do not want to go to the elderly, it is a good idea,” she told the ABC.

Australian Medical Association president, Dr Omar Khorshid, said the nation was “simply not ready to live with this Delta strain” given the low vaccination levels.

“There’s no alternative to elimination for New South Wales,” he said of the current outbreak.

“And nowhere in the world has any community been able to live with Delta without very significant levels of vaccination.”

The bulk of Australia’s mRNA vaccine deliveries are due to begin arriving in October, under the deal the government struck in April after Atagi advice changed for the AstraZeneca vaccine.

Dr Khorshid said that put Australians in a holding pattern when it came to managing virus outbreaks.

“It is really frustrating for Australians who want to be vaccinated and can’t access a vaccine,” he said.

“But this is a situation we have known of for many months. It’s been the reality of the decision to move away from AstraZeneca for a large number of the population and we have to work with the vaccines that we have got.

“…We simply need to stick together to remember that until we are all vaccinated these health measures – the lockdowns, the restrictions – are our only tool and once we are vaccinated we can then continue that conversation about opening back up and returning to some semblance of normal.”

Morrison maintained there was no scenario in which the vaccine rollout would have prevented the situation Sydney is currently in, blaming factors he said were out of the government’s control.

“I mean, the vaccines themselves were not approved by the TGA until the earlier part of this year,” he said.

“Secondly, the AstraZeneca vaccine, as we know, has been subject in this country … to Atagi advice which had a significant impact on the use of that vaccine in Australia.

“We would have had considerable more doses available to Australians in the absence of those Atagi rulings.”

But the prime minister insisted that despite those setbacks, which have included the Delta variant spreading across state borders, and at one stage, meant almost half the country’s population was under a lockdown order, Australia’s vaccination program was not far off its original marks.

“At the rates we’re now achieving at some million vaccinations, almost, a week, that will ensure if we can keep that pace up and the supply lines hold, and the supply lines are firming not weakening, then every Australian who wishes to have a vaccine by the end of the year, it is our intention based on the advice of Lieutenant General John Frewen that that will be possible,” he said.

“And I think that’s where we need to be. That would only put us two months back from where we would have otherwise hoped to have been. So the vaccination rate that you’re seeing right now and what might otherwise have been the case at this time would have still required a suppression strategy right now. And to suggest otherwise is just completely and utterly false.” 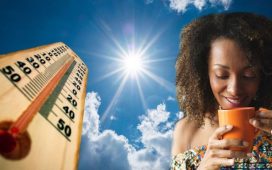 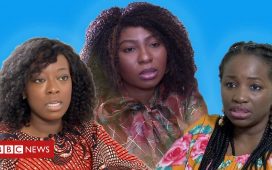 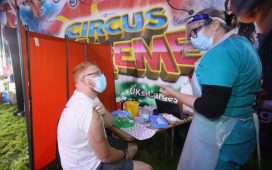 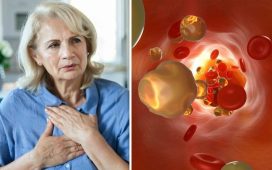 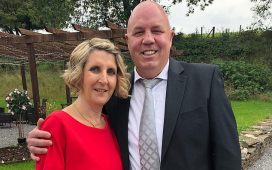