Scots BAFTA presenter Edith Bowman hits back at trolls who criticised her presenting style during the ceremony.

Anstruther-born Edith, who has presented the Scottish BAFTA ceremony for a number of years, was asked to cohost this year’s UK wide awards with Dermot O Leary.

However, much of the attention on social media was centred on the virtual ceremony itself.

Mum-of-two Edith, who looked glamorous in her blue floor-length gown and blondes tresses, received mixed reviews on everything from her dress to presenting style.

One person said: “Edith Bowman there. Just stepped out of the shower with a towel on.”

Another added: “Edith Bowman looks like she’s got out of the bath and put a towel round her.”

While another trolled: “Do you not think that Edith bowman’s dress is horrendous.”

Edith chose to ignore the remarks but some other comments didn’t escape her eye – and she replied to them whilst the ceremony was still being shown live on television.

After one person asked: “Does anyone else find Edith Bowman presenting #BAFTA2021 really irritating?”, Edith replied: “Any specifics?”

Edith also challenged someone who asked if she was pregnant, saying ” @edithbowmanfans is @edibow pregnant as she presents the @BAFTA “

She replied: ‘Abe you are a female. Wow.”

And when someone else asked: “Could Edith Bowman please stop clapping her hands” she replied: “No.”

Edith also received lots of complements on the night from admiring fans. One said: “I think tonight I finally realised how much love and adoration I have for Edith Bowman.”

Another said: “Edith Bowman is SERVING this evening she looks fire.” 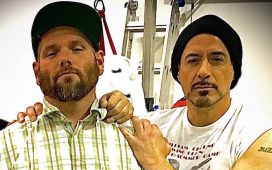 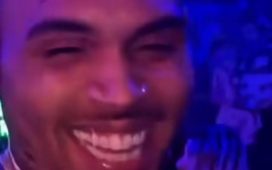 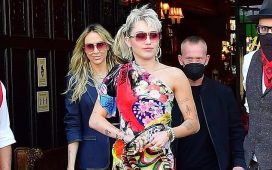 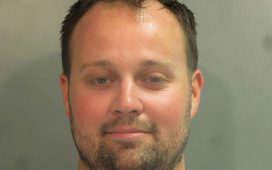 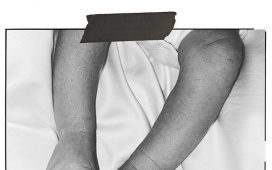