Scientists have created the first lab-grown, genetically engineered coffee, which they claim ‘smells and tastes like the real thing’.

The researchers, based in Finland, used a process called cellular agriculture – which involves extracting cells from a small plant or animal sample.

It has already been used to create artificial meat and milk.

In the latest example of lab-grown alternatives, cell samples were taken from Arabica, a popular coffee plant that accounts for 56 per cent of global production.

Cell samples were then transferred to bioreactors to produce biomass, which was harvested for roasting and brewing. 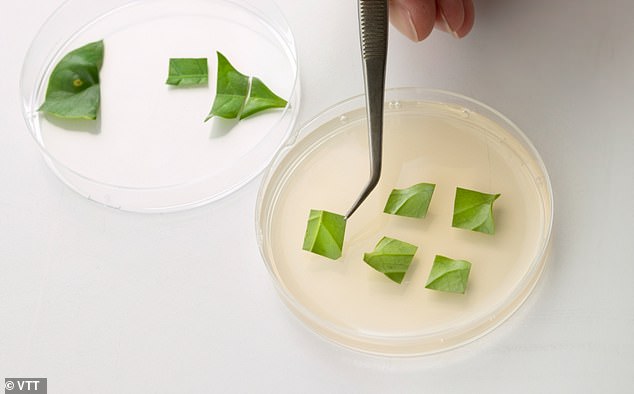 Researchers at VTT start with extracting cells from a small plant sample – in this case, leaf from a coffee plant

HOW DO YOU MAKE LAB-GROWN COFFEE?

4. Resulting biomass is harvested and analysed

5. Biomass is dried and roasted

With lab-grown coffee, the researchers claim they can tackle sustainability issues facing the global coffee industry, such as a need for clearing space for coffee plants to keep up with an insatiable demand for the drink worldwide.

The research is being conducted at VTT Technical Research Centre, based in Espoo, Finland – the country that drinks the most coffee per capita.

‘Initially a cell culture is started from a plant part – eg. a leaf. The formed cells are propagated and multiplied on a specific nutrient medium.

‘Ultimately, the cells are transferred to a bioreactor from which the biomass is then harvested. The cells are dried and roasted and then coffee can be brewed.’

The first batches produced by VTT in their laboratory smell and taste like conventional coffee, according to the results of a ‘sensory analysis’.

After drinking a cup, Dr Rischer said ‘there is a surprisingly full aroma’.

‘In terms of smell and taste, our trained sensory panel and analytical examination found the profile of the brew to bear similarity to ordinary coffee,’ he said. ‘The experience of drinking the very first cup was exciting.’ 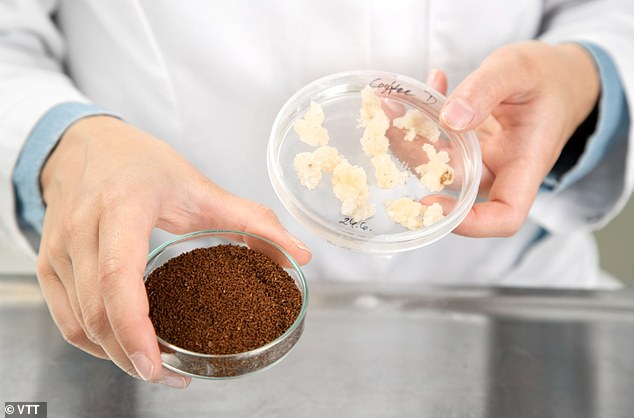 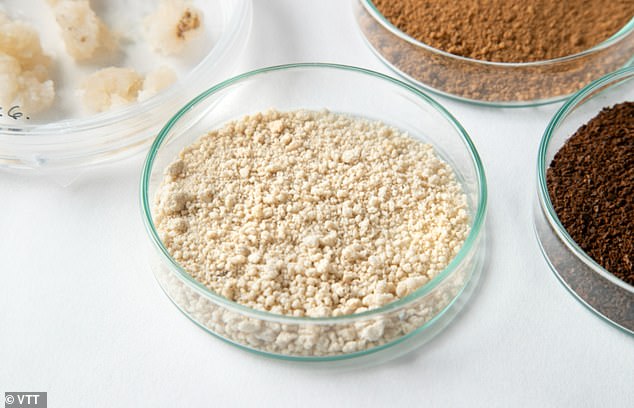 Pictured is dried coffee cell biomass, which is harvested for drying and roasting to create coffee that smells and tastes like the real thing

WHAT IS CELLULAR AGRICULTURE?

Cellular agriculture is the production of animal- or plant-sourced foods from cell culture.

It’s often touted as a more sustainable and ethical way of generating animal or plant protein for human consumption.

Animal insulin could be considered the first cellular agriculture product, created in 1922 – an achievement that won the Nobel Prize in Physiology or Medicine the following year.

VTT’s production process is based on existing and established technology such as the operation of conventional bioreactors.

What’s more, the idea that coffee cells could be used to make coffee was presented back in 1974 by plant scientist P.M. Townsley.

But the VTT scientists have put the theory into practice with their lab-grown brew, which they think could hit the market by 2025.

See also  Building blocks of life could have formed in huge clouds between the stars, scientists say

‘I estimate we are only four years away from ramping up production and having regulatory approval in place,’ Dr Rischer said.

Regulatory approval and introduction to the market are hurdles before lab-grown coffee can become a commercial product, he added.

Currently all coffee material produced in laboratory conditions represents experimental food and would require regulatory approval by the Food and Drug Administration (FDA) to be marketed and sold to US consumers.

In Europe, the lab-grown coffee should first be approved as ‘Novel Food’ before being marketed.

Lab-grown coffee can help to make the production of coffee more sustainable, avoiding issues such as deforestation. 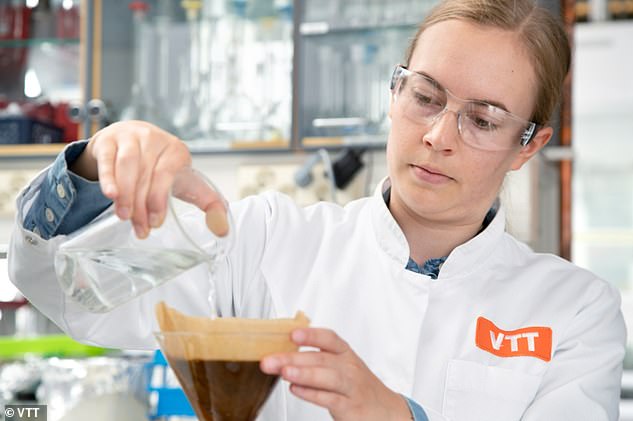 Researcher Elviira Kärkkäinen preparing a cup of lab-grown coffee at VTT in Finland, which is the country that drinks the most coffee per capita 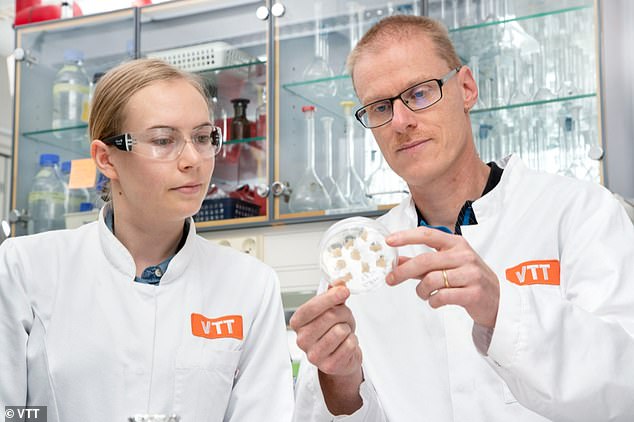 Elviira Kärkkäinen and Heiko Rischer look at their lab grown coffee biomass. Regulatory approval and introduction to the market are hurdles before lab-grown coffee can become a commercial product

Due to the high demand for coffee worldwide, more land is needed to produce enough coffee beans, leading to deforestation – particularly in sensitive rainforest areas.

Deforestation – the permanent removal of trees – is a major environmental issue, causing destruction of forest habitat and the loss of biological diversity.

Along with chocolate, beef and pal oil-based products, coffee consumption in the western diet is responsible for the loss of four trees per year, according to a study published earlier this year.

LINKS BETWEEN CONSUMPTION AND DEFORESTATION

The average Briton’s diet is responsible for the loss of four trees every year, according to a 2021 report – with coffee, chocolate, palm oil and beef causing the most destruction.

See also  Music: Listening to the tunes you love can send your brain into 'pleasure overload'

Chocolate consumption in the UK and Germany is leading to deforestation in Ivory Coast and Ghana, while beef and soy demand in the US, EU and China is destroying forests in Brazil.

Also, coffee consumption in US, Germany and Italy and leading to deforestation in central Vietnam.

Timber demand in China, South Korea and Japan is leading to tree loss in northern Vietnam.

Demand for nuts and fruits in the US is destroying forests in Guatemala.

Another report in 2020 found Britain has an obsession with timber, leather and beef from Brazil.

Brazil, home to two-thirds of the Amazon rainforest, is one of the riskiest countries from which the UK imports key agricultural commodities, say the WWF and RSPB.

In the report, the WWF said fires are being set deliberately to make room for agriculture to feed growing demand from places like the UK.

The latest figures suggest that 2,248 fire outbreaks were detected in the Amazon biome for the month of June – the highest number for 13 years.

Brazil represents 13.9 per cent of the UK overseas land footprint, according to a new report, equal to about 800,000 hectares or five times the area of Greater London.

World’s first ‘thinking’ robot with a brain created by scientists 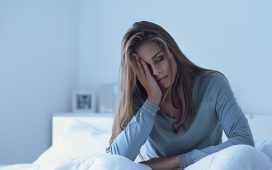 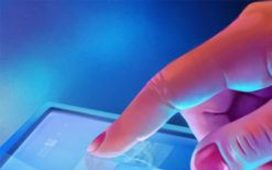 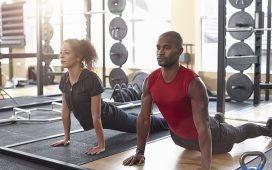