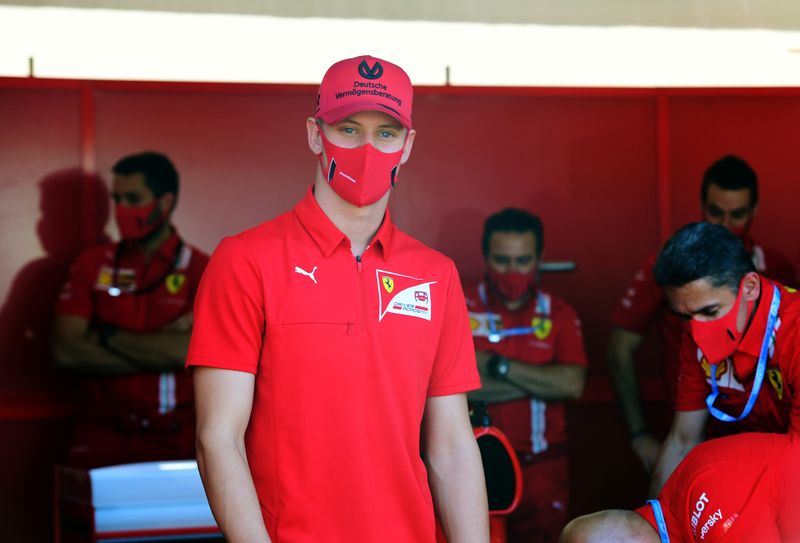 (Reuters) – Michael Schumacher’s son Mick says the prospect of Lewis Hamilton equalling the Ferrari (NYSE:) great’s all-time record of 91 wins has given him something to aim for when he gets to Formula One.

Hamilton, who replaced Schumacher senior at Mercedes in 2013, can take his 91st victory in Sunday’s Russian Grand Prix in Sochi — a race he has won four times previously.

“One sentence my dad always used to say was, ‘Records are there to be broken’. It’s everybody’s aim in this sport to do that,” Formula Two championship leader Mick said on Friday.

“I think Lewis had a very, very good run. He had a very consecutive and positive run.

“It’s good for the sport… the next aim would be then I guess for me, if I do make the step (up), to break that again,” added the 21-year-old.

Seven times world champion Michael Schumacher took his last win with Ferrari in China in 2006. He has not appeared in public since he suffered severe head injuries in a 2013 skiing accident.

Hamilton is on course for a seventh crown and set to replace the German as the most successful F1 driver of all time. The Briton already has more pole positions, podiums and points finishes.

Hamilton said he prized the helmet he exchanged with Schumacher in Abu Dhabi in 2012 and felt ‘pure admiration’ for a man he first met as a youngster at the German’s kart track in Kerpen.

Asked whether he might shed a tear as Schumacher did when he matched the late Brazilian triple champion Ayrton Senna’s 41 wins in 2000, Hamilton said he remembered that but was not focused on the numbers.

“I cannot tell you how I am going to feel, or what it is going to mean, or if it’s going to mean anything,” said the Briton, an active campaigner for racial equality and justice.

“There’s other and bigger issues happening in the world.”

Ferrari’s Sebastian Vettel, for whom compatriot Schumacher was a boyhood idol and who has 53 career wins, said he would have mixed emotions.

“I think he deserves all the success he has had in the last years and he is going to have in this year… and the next years.”