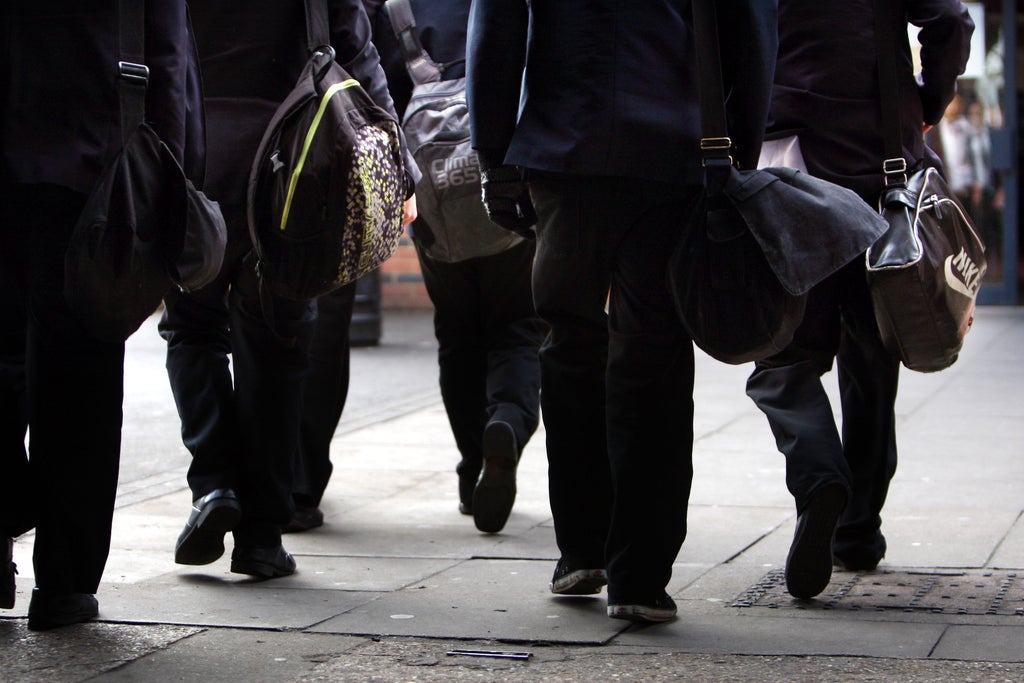 here are no plans for schools to break up early for Christmas amid fears over the new Omicron Covid-19 variant, the Prime Minister’s spokesman said on Monday.

However pupils who come in contact with someone infected with the variant will have to isolate for 10 days, regardless of vaccination status.

Asked if children could be made exempt from quarantine, the Prime Minister’s spokesman said: “That’s not what we are proposing.

“We believe our measures strike the balance between keeping children in face-to-face learning while ensuring education settings remain as safe as possible while we investigate this variant.

“Education remains one of our top priorities. So obviously we’ll keep all measures under review.”

Unions have called on Boris Johnson to close schools early for Christmas after it was revealed nine new Omicron variant cases had been detected in the UK.

The spokesman added there were no plans to do this as the pandemic has already caused “significant” disruption to education.

“We’ve seen how disruptive some of the restrictions can be and we’ve always taken steps to keep schools open until we have absolutely no other choice,” he said.

Anyone who comes into contact with someone infected with the variant, which was first reported in South Africa, will also have to self-isolate for 10 days.

Restrictions, including stricter travel rules, are due to be reviewed in three weeks when schools are due to break up.

It comes as Government urged schools not to cancel nativity plays in the coming weeks.

Health minister Edward Argar said festive plays in school are “important to young people who’ve had a rough time” during the Covid-19 pandemic.

Education Secretary Nadhim Zahawi said: “My very strong advice is if you (are) organising nativities, carry on.”