Schools forced to close as Covid causes shortage of teachers 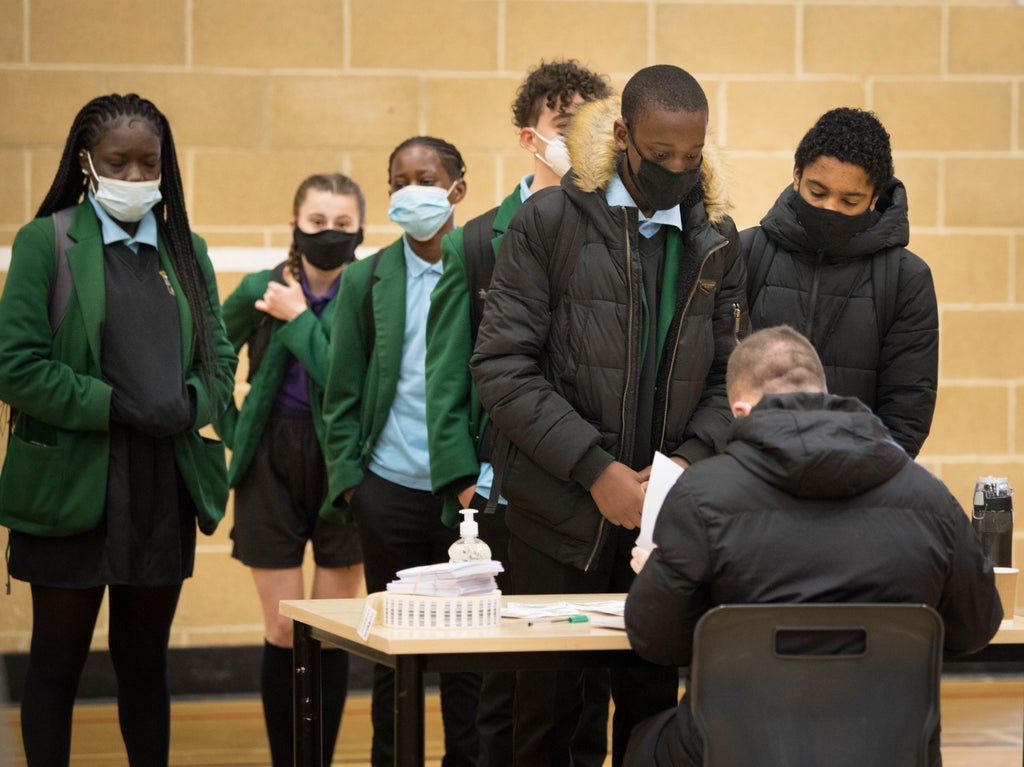 Several schools in England have been forced to tell pupils to stay at home once again due to a wave of staff absences from Covid.

Education leaders had warned that teacher shortages caused by the spread of the Omicron variant will cause disruption and could lead to widespread closures in the weeks ahead.

Outwood Academy in Middlesbrough has announced the secondary school will be closed to pupils in year nine and ten this week due to “significant staff absences”.

Steve Chalke – founder of the Oasis Community Learning trust of academies across England – said one of the trust’s primary schools in Birmingham had closed due to several staff reporting Covid illness.

“We’ve already decided to partially close one of our schools in Birmingham because of a lack of teaching staff,” he told BBC Radio 4’s Today programme. “We made that decision yesterday ahead of the school opening. We just can’t do it.”

Mr Chalke added: “We estimate that 10 per cent of our staff have got Covid around the country. That’s more prevalent in some parts of the country than others … Omicron seems to be spreading and having a huge impact.”

Outwood Academy in Middlesbrough said the closure from Wednesday would remain in place for the rest of this week. “It is with regret that we need to partially close the academy due to significant staff absence,” a spokesperson. “Google classroom work will be set for year nine and ten students to complete at home.”

Education secretary Nadhim Zahawi has urged school leaders in England to do “everything in your power” to maintain face-to-face teaching ahead of schools’ reopening this week.

Mr Zahawi outlined measures to cope with the rapid spread of Omicron, including include on-site testing, the return of wearing of masks in classrooms, and provisions to improve ventilation.

The minister also emailed school leaders to suggest some classes could be merged if staff absences could not be covered.

But Dr Mary Bousted, joint-general secretary of the National Education Union, warned that collapsing classes “will mix groups of pupils and risks providing the conditions for the virus to spread more rapidly”.

But Geoff Barton, general secretary of the Association of School and College Leaders, said the spread of Omicron would be “extremely challenging” – saying “there is a possibility that this will mean that some classes and year groups have to be sent home for short periods of time to learn remotely”.

The Liberal Democrats have called for a £30 catch-up voucher for every day missed by school students for Covid-related absence. Labour, meanwhile, has urged the government to expand school testing and ventilation measures.

Mr Chalke said some schools could find it difficult to maintain remote learning, should levels of staff sickness continue to rise. “If your staff is off sick, you don’t want a sick staff member to be trying to put together an online lesson. If you’re sick, you’re sick – you don’t want flog your staff hard.”

‘We are weakening democracy’: fears over lack of lessons in how government works