Plans to reopen England’s schools next week could change in a matter of days after a grim warning from government scientists.

Pupils in primary school, Years 11 and 13, and vulnerable or key workers’ kids are meant to return next week – followed by other secondary pupils from January 11.

Each pupil would get two rapid Covid tests, three days apart, with any positive results then confirmed by a lab.

But thanks to a new faster-spreading variant of coronavirus, some experts have warned even this “staggered” plan won’t be enough to contain the spread.

Now, according to Politico, the government’s official advisors SAGE have warned secondary schools would have to shut like in the March lockdown if ministers hope to keep the R number below 1.

SAGE member Sir Jeremy Farrar warned there “is going to be a trade-off”, “you cannot have everything” and that will lead to “very tough choices” about whether schools shut.

Labour demanded a statement today from Boris Johnson, saying: “It is time for the Prime Minister to get a grip on the situation and show some leadership.”

SAGE reportedly told Boris Johnson R would go above 1 even if there is a November-style lockdown, when non-essential shops were shut and people ordered to stay at home – but schools were kept open.

Education Secretary Gavin Williamson is thought to be having a crunch meeting today as an ally said he would “battle” to keep classrooms open.

Ministers told the Times they were sticking to plans for a staggered reopening next week. But Cabinet Office minister Michael Gove today refused to rule out a change to school opening plans.

He only said that “at the moment” the plan is for primary, Year 11, Year 13, and key worker or vulnerable children to go back in the first week.

He told Times Radio: “We do keep things under review.

“And we’ll be talking to head teachers and teachers in the next 24 and 48 hours, just to make sure that our plans, which of course, are accompanied by community testing, are right and robust.”

How do you feel about schools going back? Have your say in the comments.

However, asked if GCSE and A-level exams would go ahead as planned in the summer, Mr Gove told Sky News: “Oh yes, absolutely”.

Speaking to the BBC he added: “As a country we have decided – and I think this is the right thing to do – that we prioritise children returning to school.

“But we have a new strain and it is also the case that we have also had, albeit in a very limited way, Christmas mixing, so we do have to remain vigilant.

“We are confident that we will be able to get schools back in good order. Our plan and our timetable is there, and we are working with teachers to deliver it.”

Dr Mary Bousted, general secretary of the National Education Union, called for a two-week delay to schools being reopened.

She also called for teachers and other adults in schools to be vaccinated – as healthy teachers under 50 are not in the first wave of the jab.

Around 24million people in England are already living under a Tier 4 local lockdown – where rules are essentially the same as the November national lockdown.

Millions more people in England could join Tier 4 this Wednesday as ministers hold the latest review of tiers.

But even during the November lockdown, cases continued to rise in Kent where the new variant of coronavirus was first identified.

Number 10 would not rule out keeping classrooms shut into the new year.

A Government spokesperson said today: “We want all pupils to return in January as school is the best place for their development and mental health, but as the Prime Minister has said, it is right that we follow the path of the pandemic and keep our approach under constant review.

“Our huge expansion of rapid testing will support secondary schools and colleges to stay open to all pupils and reduce the risk of transmission within local communities.”

Sir Jeremy Farrar, a member of the Government’s Scientific Advisory Group for Emergencies, said: “I think the next few weeks going into January are going to be extremely difficult across the whole country. Certainly my own view is that schools opening is an absolute priority.

“But society – and eventually this is a political decision – will have to balance keeping schools open, if that is possible, with therefore closing down other parts of society.

“It is going to be a trade-off between one or other.

“You cannot have everything. You cannot have the whole of society opening, and schools opening and further education and universities, and keep R below 1 with this variant. I think there are some very, very tough choices.

“We are going to see these continued pressures at least over the next two or three months.”

It follows questions over the effectiveness of tests planned for use in schools, with some University pilots reporting as many as half of positive coronavirus cases are missed by the rapid-turnaround kits.

And while research is ongoing, concerns remain that the new strain infects children more easily than the original virus – though there is no evidence to suggest they suffer more serious illness.

Teaching unions have called on the PM to cancel face-to-face lessons for a fortnight after at the beginning of the new term.

Labour’s shadow education secretary Kate Green said: “Labour has been clear that keeping pupils learning should be a national priority, but a litany of Government failures, from a lack of funding for safety measures through to the delayed and chaotic announcement of mass testing, is putting young people’s education at risk.

“It is time for the Prime Minister to get a grip on the situation and show some leadership.

“The country needs to hear from him today, alongside the chief medical officer and chief scientific adviser, about the evidence on the spread of the virus, how he plans to minimise disruption to education and a clear strategy for schools and colleges that commands the support of parents, pupils and staff.” 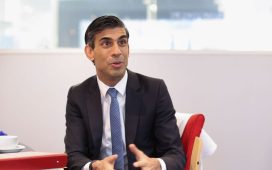 Treasury gives up on chasing £4.3bn of public cash stolen by Covid fraudsters 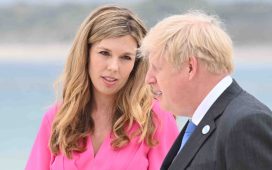 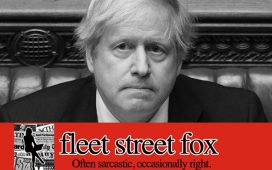 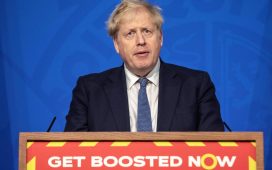