SAWEETIE called her ex Quavo a “f**ing narcissist” who “got caught” in a scathing new breakup song.

The 27-year-old released her Pretty Summer Playlist: Season 1 album on Friday with seven new tracks on it.

But Saweetie didn’t hold back in song See Saw – that appears to be a direct attack on her rapper ex Quavo, 30.

The lyrics say: “Had me going in, up-down like my scraper (Yeah) / Feelin’ dangerous, I thought you was my anchor (Mhm).

She adds: “How you fumble with the baddest bitch, are you a dumb n****? / You got nerve selling me all these threats when you wrong.

“That’s a big trigger / How you figure, ain’t the woman that you thought.”

The last line appears to be a reference to Quavo’s post-breakup tweet, where he claimed “you are not the woman I thought you were.”

Saweetie previously accused Quavo – who she split with on March 19 – of being unfaithful.

She tweeted at the time: “I’m single. I’ve endured too much betrayal and hurt behind the scenes for a false narrative to be circulating that degrades my character. Presents don’t band aid scars and the love isn’t real when the intimacy is given to other women.”

See-Saw also appears to address the cheating allegations in the lyrics.

She continued: “You was humpin’ thots, f***in’ narcissist you just mad you got caught / So what’s up now?

The album comes after video footage showing Quavo and and Saweetie in a physical altercation.

In the disturbing clip, which was captured by an elevator camera at an apartment complex in North Hollywood, the former couple could be seen standing outside the elevator before Saweetie threw the first swing.

The Migos rapper dodged the hit but not before he dropped an orange case that Saweetie tried to pick up.

However, Quavo got to it first and shoved Saweetie, causing her to crash to the elevator floor before picking up the case.

The video then showed the Best Friend singer lying on the ground with a possible injury while he stood next to her.

The rapper didn’t help her up, though he seemingly realized she had gotten hurt and even looked down at her several times. He also glanced at the camera.

The man didn’t join them in the elevator before the doors closed again.

According to the video, the doors opened up on another floor and Quavo got out, leaving Saweetie behind.

The potentially injured singer then got up and limped after him.

According to TMZ’s sources, the incident happened back in 2020 at an apartment building where Saweetie was renting. 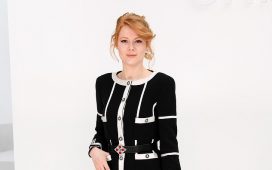 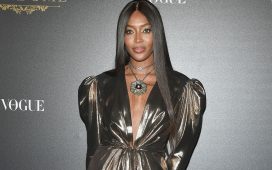 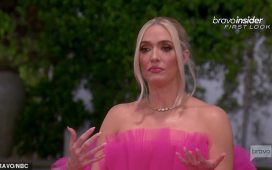 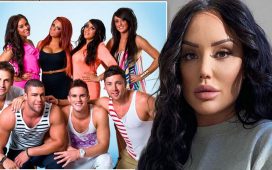