Saracens sealed their return to the Premiership with a convincing Championship play-off final victory over Ealing Trailfinders.

Sarries had thumped Ealing 60-0 in the first leg, but were held 10-10 at half-time at StoneX Stadium.

Three tries immediately after the restart propelled Mark McCall’s side to an emphatic 57-15 victory.

Their win was marred by a red card for Michael Rhodes, who was playing his last game after seven years at Sarries.

All five of the club’s British and Irish Lions, including England captain Owen Farrell, were replaced in the 54th minute.

By then Saracens were in control as tries from Vincent Koch and two of Warren Gatland’s Lions – Elliot Daly and Jamie George – in the space of 10 minutes at the start of the second half had pulled them clear.

Sarries had fallen behind in the first minute of the game after conceding a penalty try, but they were ultimately too good for their opponents as they ended their one-year exile from the Premiership following relegation for repeated salary cap breaches at the first opportunity.

The only disappointment was the dismissal of Rhodes for a high tackle in the 50th minute, bringing his seven-year Saracens career to a premature end.

Mako Vunipola had powered over following a line-out for Saracens’ first-half try as the sides went in level at the break.

And after their early second-half burst, the three-time European Champions Cup winners added further tries through Nick Tompkins and Alex Lewington before they forced a penalty try from a scrum with nine minutes left.

Tom Whiteley then touched down late on for Sarries as they completed a 117-15 aggregate win. 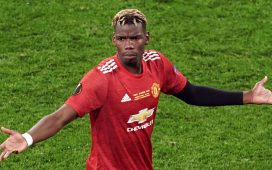 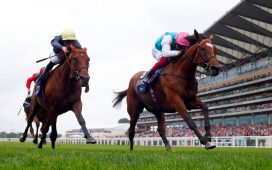 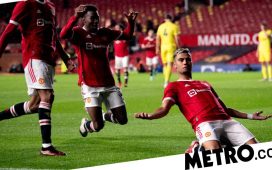 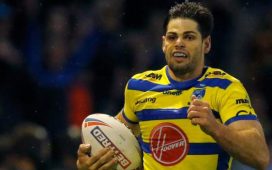