Sanwo-Olu’s wife moves against rape, others

Mrs. Sanwo-Olu, while presenting the vehicles at the Lagos House in Ikeja, said the donation was a culmination of several months of brainstorming and collaborative action among various agencies.

She said: “In the course of our numerous meetings, we realised that some critical stakeholders require additional utility vehicles to scale-up awareness and galvanise action to combat violence against our women and children.

“We reached out to well-meaning individuals, corporate organisations and government establishments for support, and the Lagos State Lotteries Board (LSLB) graciously honored our request and supported us with this three utility vehicles.”

Permanent Secretary in the Ministry of Justice, Ms. Titilayo Shitta-Bay thanked Mrs. Sanwo-Olu for the gesture, and said the vehicles would give the needed impetus to the fight against SGBV.

Chief Executive Officer of LSLB Bashir Are said the gesture was in furtherance of the agency’s vision to support good causes to make the state a safe and comfortable place for all residents.

“Part of the reasons why we are established is to take care of good causes in the society, and domestic and gender-based violence is something that we should not take it lightly. This is why we have decided to support this cause so that there will be logistics to manage, trace and find a resolution to these vices in our society,” he said. 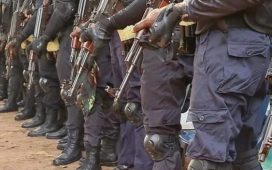