Sam Heughan has told his fans he’s had to delay the release of his new book Clanlands Almanac due to ‘supply chain disruption’.

The Outlander actor and his co-star Graham McTavish, released their first book last year and following its huge success, they’ve decided to bring out another.

The book, the Clanlands Almanac, much like their first book, follows their adventures around Scotland and was due to be released on November 9, but now due to issues, it’s now been delayed until November 23.

On Instagram, he shared the post, which said: “Dear Clanlanders, On the back of mounting supply chain disruption and worldwide freight delays, we have made the decision to delay publication of The Clanlands Almanac by @samheughan and @grahammctavish to the 23rd November 2021.

“Everyone is working as hard as possible to keep copies moving but with books being shipped around the globe, and with some things (sadly!) out of our control, we’re keen to make the move to help ensure all fans get their copies on time.

“We hope you understand, and we can’t wait for you to get your hands on copies on the 23rd!”

The new date means that the book will now be released on the same day that Diana Gabaldon’s latest instalment of the Outlander series, ‘Don’t Tell The Bees That I am Gone’.

And fans were more than understanding.

One wrote: “I’m certain it’s worth the wait!”

Another added: “It’s now going to be released on my birthday. Worth the wait and a great birthday present!!”

While one wrote: “Will just need to wait a little longer, #OutlanderFan I’m used to waiting it will be worth it.”

Fans also commented on the significance of the new date.

One wrote: “It’s coming out the same day at @diana_gabaldon ‘s book!! Awesome.”

Another said: “You are releasing the same day that the last Outlander book is coming out? It will be hard to decide which to read first. Love them both.”

The pair are also hosting some fun events in the build up to the book’s release and will be appearing at the Usher Hall in Edinburgh on November 7.

The Almanac will see Sam and Graham once again turn tour guides once again to bring readers more epic tales in this “seasonal meander through the wilds of Scotland”.

Looking at customs and traditions from First Footing to Samhain throughout the year, alongside Scottish legends and whisky lore the dynamic duo will share stories and tips for Scots and Non-Scots alike.

They’ve also confirmed that a partnership with Barnes & Noble in the US, Indigo in Canada, and Waterstones in the UK, will see a limited edition version of The Clanlands Almanac: Seasonal Stories from Scotland be available.

It will feature never-before-seen images of Sam and Graham on their adventures.

Set for release on November 23, you can find out more information here. 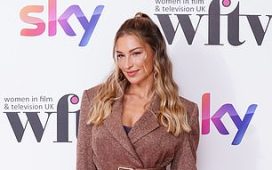 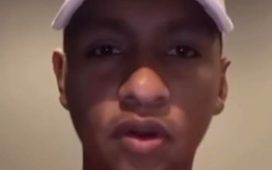 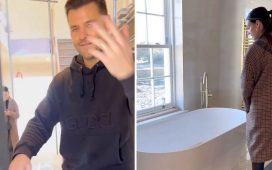 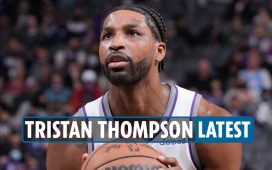