Salisbury, 50, will take charge during the first-class and one-day sections of the season, while Kirtley, 45, will be responsible for the T20 competition.

The ex-Sussex bowlers replace Jason Gillespie, who left at the end of the season to return to Australia and take charge of South Australia Redbacks.

Salisbury and Kirtley were both part of the coaching set-up under Gillespie.

Former leg-spinner Salisbury said he was “immensely proud, honoured and humbled” to be in charge of the team where his professional career began in 1989.

“The chance to work in unison with James is one I’m hugely excited about,” he added.

“Our shared vision and strategy is to bring sustained success to Sussex. We have the talent within the squad and the potential talent coming through from the most impressive academy in the country to achieve this.”

Between them, Salisbury and Kirtley played over 600 senior games and took nearly 1,500 wickets for the county.

“It will be great to continue working with Ian in the other competitions,” Kirtley said. “We have worked in tandem for a number of teams over the course of the last five years and obviously back to our playing days at Sussex.

“We have a vision for the club and I hope we can deliver this through a very thought-out strategic approach over the course of time.”

Sussex chief executive Rob Andrew said both coaches “are passionate about the club and have a clear vision for all formats”.

“The county game will evolve further next year with the launch of The Hundred, and this is a move taken with that in mind,” he added.

Analysis – ‘Continuity at a time of great uncertainty’

Given the current financial insecurity within county cricket, the joint appointment of Salisbury and Kirtley looks both prudent and entirely sensible.

Both are former Sussex and England players, who are highly respected within the county, and have a wealth of experience in all formats of the game.

In addition, both had been working alongside Jason Gillespie in the coaching team last season, and are well known to the current squad of players.

The appointment has the added advantage of continuity within the club, at a time of great uncertainty within the game. 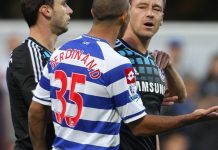