J Sainsbury said same-store sales grew 9 per cent in the nine weeks to January 2 and that underlying pre-tax profit for the full year was now expected to be £330m, some £60m above its previous forecast.

In an unscheduled trading update, the UK’s second largest food retailer said that sales in grocery, general merchandise and clothing had all been stronger than expected, helped by customers bringing shopping forward and a modified strategy around Black Friday.

Online grocery sales more than doubled in the weeks leading up to Christmas, while the profitability of its ecommerce services also improved.

The group said that orders per van had increased and that in-store picking rates had returned to pre-Covid levels, both of which had resulted in greater efficiency using the same asset base.

The revised profit figure includes the £410m impact of forgoing the UK government’s business rates relief, and is less than the £586m reported last year due to the costs of hiring additional staff to cope with the coronavirus pandemic.

Total sales growth, excluding fuel, for the company’s third fiscal quarter was 6.8 per cent, above the 5.2 per cent reported in the second quarter but not as high as the 8.5 per cent reached in a first quarter that included several weeks of elevated demand ahead of the UK’s first lockdown.

Like rivals Aldi and Wm Morrison, Sainsbury’s reported strong sales of premium ranges. Sales of its “Taste the Difference” lines rose 11 per cent during the quarter.

READ  Nimble JD Sports leaves M&S standing in the race for a Footsie listing
Share on FacebookShare on TwitterShare on PinterestShare on Reddit
newscabalJanuary 7, 2021

Department stores are far more than just shops. Their loss leaves a hole in the heart | Polly Toynbee

The Guardian view on Paul Smith: at the crease after a half century | Editorial 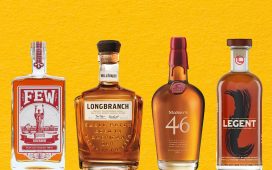