Sadiq Khan: Labour must stop ‘slagging off’ London to win votes in the north

he Labour party must stop “London bashing” to win votes in the north, Sadiq Khan said on Monday.

The Mayor of London took part in a Labour Party Conference discussion on the Government’s levelling up agenda, which involves plans to raise the level of income in the regions.

Mr Khan said the Government and some Labour members too often think “slagging off” the capital and campaigning for money to be invested elsewhere will help win votes.

He added that the country could not recover economically after the pandemic and Brexit unless the capital did.

“I don’t think the way to make our country more equal is to make London poorer.”

The capital is home to some of the most deprived communities in the UK.

The boroughs of Tower Hamlets, Newham and Barking and Dagenham record the highest rates of child poverty in the country.

London contributes £38billion to the Treasury each year, with some individual boroughs collecting more in business rates than entire UK cities.

“One of the things we have got to do is remind our friends from the north in our own party why London bashing, talking London down, is not the sensible way to have a national recovery,” Mr Khan said.

“We will not have a national recovery without a London recovery.

“The net contribution of London to the treasury every year is £38billion so my message to the government, my message to those in our party who think it plays well slagging off London is you will not get a national recovery without a London recovery.”

The Government has annouced a £4.8billion fund for investing in high street regeneration, transport projects and cultural assets to help level up the UK.

Earlier this month Michael Gove was appointed as Secretary of State for Levelling Up, Housing and Communities.

Tottenham MP David Lammy echoed the mayor’s comments and said levelling up cannot be just about everywhere but London.

“I’m telling you Tottenham is not levelled up”, he said.

“There are huge swathes of our city that are far from levelled up. Every single community in Lonodn still has significant pockets of poverty and even Londoners who don’t live in those pockets of poverty care a lot about that poverty because it affects their lives.”

“There is this tone that is emerging that is them and us and we have got to resist that.” 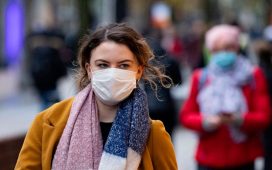 Omicron cases in your area: UK covid variant rates where you live 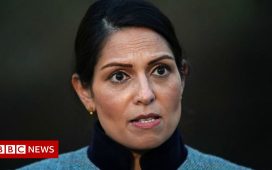