Ryanair and Wizz Air are to take away the voting rights of UK shareholders as a result of Britain’s exit from the EU.

The airlines are acting to comply with EU ownership rules once Britain leaves the bloc on Friday.

Ryanair said on Tuesday it had to “take steps” to ensure it would remain majority EU-owned and controlled to comply with European regulations.

The Irish airline said in a stock market announcement it would issue restricted shares to non-EU investors, specifying that holders were not entitled to speak or vote at any general meeting.

Wizz issued a similar stock market announcement. The airline would have been 80 per cent owned by non-EU nationals from January 1, without any action, the company said.

It added that 60 per cent of its shareholder base would receive restricted share notices.

Both airlines are enacting long-held plans to ensure they maintain their flying rights after Brexit.

EU regulations demand that airlines with EU operating licences, including BA-owner IAG and easyJet, are majority owned and controlled by nationals of the bloc, Switzerland, Norway, Iceland or Liechtenstein.

This enables airlines to fly between two destinations within the EU borders.

From January 1, UK nationals will be treated as non-EU and their shares will no longer count towards that ownership requirement.

While potentially problematic for UK shareholders, the arrangement will not present immediate operational issues, analysts say.

The rules may also be temporary as the UK and the EU have agreed to explore liberalising them over the next 12 months.

UK investors affected include Baillie Gifford, which is the second-biggest investor in Ryanair, and Wizz top 20 investors Jupiter, Legal & General Investment Management and Schroders, according to Refinitiv’s latest filings.

Daniel Roeska, an analyst at Bernstein, said airlines with large UK ownership will either need to wait for a favourable agreement on airline ownership rights or design alternative ownership and holding structures to “safeguard EU-nationality of individual airlines”.

Analysts have long said that IAG, the owner of airlines including BA, Iberia and Aer Lingus, face the most complex problems on ownership after Brexit. The group has never disclosed how many of its shareholders are EU nationals when the UK is excluded.

UK-based easyJet said last week it would suspend voting rights of some holders on a “last in, first out” basis if necessary to lift its EU voting base above 50 per cent. At the time, it was at 47 per cent, excluding the UK. 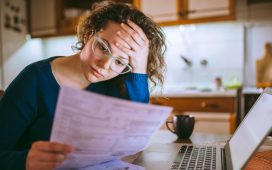 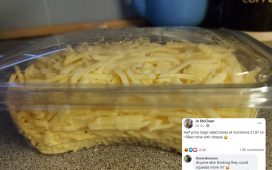