The former Manchester United footballer Ryan Giggs has been charged with domestic violence offences after police were called to his home in Salford last year.

Giggs, 47, has been charged with one count of coercive and controlling behaviour between December 2017 and November 2020, Greater Manchester police (GMP) said.

He is also charged with causing actual bodily harm (ABH) to a woman in her 30s and with common assault on a woman in her 20s. The latter two charges relate to an incident on the evening of 1 November 2020.

According to PA Media, the ABH charge relates to his ex-partner, PR executive Kate Greville, 36.

Giggs has been bailed and is due to appear at Manchester and Salford magistrates court on 28 April.

He said in a statement that he was innocent of the charges and looked forward to clearing his name. “I have full respect for the due process of law and understand the seriousness of the allegations,” Giggs said. “I will plead not guilty in court and look forward to clearing my name.”

In a statement, GMP said: “Police were called at 10.05pm on Sunday 1 November 2020 to reports of a disturbance at an address in Worsley. A woman in her 30s was treated for injuries at the scene.”

The Football Association of Wales (FAW) said it had replaced Giggs as men’s national team manager following the charges. “In light of this decision, the FAW can confirm that Robert Page will assume the role of Cymru men’s national team manager for this summer’s Euro 2020 tournament and will be assisted by Albert Stuivenberg,” it said in a statement.

“An FAW board meeting will be convened to discuss these developments and its impact on the association and the national team. The FAW will not be making any further comment at this current time.”

Giggs said: “I would like to wish Robert Page, the coaching staff, the players and the supporters every success at the Euros this summer.” He added he would be making no further comment while the case continued.

The Crown Prosecution Service (CPS) said: “We have authorised Greater Manchester Police to charge Ryan Giggs with engaging in behaviour which was controlling or coercive and assault occasioning actual bodily harm.

“A charge of assault by beating relating to a second woman has also been authorised. The CPS made the decision to charge Mr Giggs after reviewing a file of evidence from Greater Manchester Police. Criminal proceedings are active and nothing should be published that could jeopardise the defendant’s right to a fair trial.”

Giggs is co-owner of League Two side Salford City, along with the Neville brothers and other members of the so-called “class of 92”. 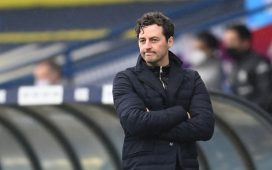