Ruth Langsford slammed for 'out of order' dig at reality stars


Ruth Langsford has been slammed for making an “out of order dig” at reality TV stars amid her axing from her This Morning.

The TV presenter, 60, and husband Eamonn Holmes, who have been part-time presenters of the show for 14 years, are being scrapped as part of an ITV shake-up.

X-Factor’s Dermot O’Leary and Alison Hammond, who rose to fame on Big Brother, will replace the husband and wife duo.

Before the news was announced, Ruth she and Eamonn had climbed the ranks to get to the top and weren’t like reality TV stars given presenting jobs off the back of their shows.

Ex-model Alex Sibley, 41, who starred alongside Alison in the 2002 series of Big Brother, has defended his pal following the comments, The Daily Star reports.

Ruth had said: “We’ve put the work in.

“We didn’t do a reality show and get an overnight job on the telly. We’ve come up through the ranks.

“Eamonn was only 19 when he started out. And he was doing the teatime news in Belfast during The Troubles. It was heavy stuff.

“And he’s now got an OBE for services to broadcasting.”

Sticking up for his old Big Brother pal, Alex said: “Ruth’s out of order making that dig.

“Be thankful you’ve had such a great run and enjoy the Friday lie ins.

“Yes Alison starred in a reality TV show but she has worked her way up the TV ladder for the last 20 years starting out as a child actress.

“I lived with her for two weeks in the BB house and it was like living with a tour rep – non-stop talking, a right ball of energy.

“I’m not jealous of her success like certain other people, she deserves it.”

It comes after it was alleged Nicola Sturgeon was at the centre of what sparked the sacking of the couple from This Morning.

Sturgeon suggested the idea before she appeared on the ITV show in December, in the run-up to the general election.

The show’s showbiz chief, Martin Frizell, proposed the TV couple presented the FM with a This Morning-themed Christmas bauble in return.

Eamonn was allegedly worried the exchange broke strict impartiality rules for broadcasters in the weeks before an election.

However, a source has since told The Mirror there was “no row” at behind the scenes at ITV. 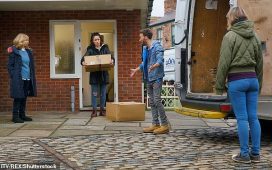 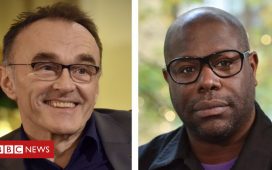 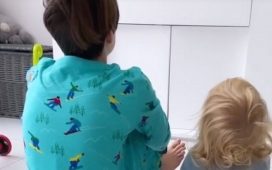