RUSSIAN state media channels have begun their relationship with the new president of the United States on shaky ground – blasting Joe Biden as a “boring, old man” and slamming the “charmless” new First Lady.

In stark contrast to the harsh criticism of the new US presidential couple, state media had only high praise for the “feminine charm” of Melania Trump and her “fantastic dresses”.

Just hours after the inauguration of Joe Biden as the 46th president of the United States on Wednesday, Russian state TV was only too quick to pour cold water on the new US leader and his wife.

The ignominy of the Trump family’s departure from the White House – with a series of social media bans for the ex-president and ratings casting wife Melania as the most unpopular First Lady in history – seemed to have missed Russian state media.

Sixty Minutes, the lunchtime discussion show on Channel One, led with observations about the skin colours and sexual orientations of the new president’s nominations for government, reported the Independent.

Mr Biden had projected calls for unity, said TV host Olga Skabeyeva, but in fact he was more interested in “re-educating and fighting with” Trump supporters.

His chosen defence secretary Army general Lloyd Austin, “a black man,” had already signalled he would “start a war with whites in the army,” she claimed — “or white terrorists as he calls them.”

The roasting of the new president continued as Aleksey Zhuralyev, a deputy for the ruling United Russia party dismissed the new president’s debut speech in his new role as leader as the words of a “boring, old man”.

Describing the inaugural speech as “more a will than a political programme,” Zhuralyev added the US leader showed “he was only interested in minority rights.”

“Yes,” Mr Popov announced with a smile and dramatic pause, “the return of transgender soldiers to the American army.”

The sarcastic comments will no doubt be well-received in the Kremlin, where President Vladimir Putin has been outspoken about his desire to curb any liberalisation of laws concerning LGBTQ rights in Russia.

“We will miss Melania and her fantastic dresses. The charmless Jill Biden is no comparison,” she gushed.

Priti Patel speech: What did the home secretary announce today?

‘Too early’ to say whether Covid restrictions can be lifted by SUMMER, PM says

The least common symptoms of coronavirus you might not know

The glamorous former model has long been a favourite for Russian propaganda, but many in the US have taken the opposite view.

The former First Lady’s 47 per cent unfavourable rating make her the most unpopular presidential wife in history.

Her White House departure outfit will undoubtedly have caught the eye of Sixty Minutes though, showcasing a $50,000 Birkin bag from Hermes, along with Dolce and Gabbana dress and Chanel jacket. 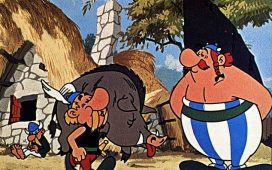 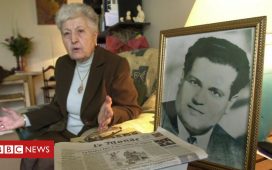 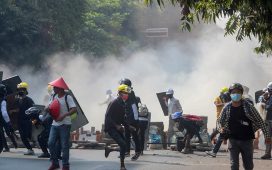