The Soyuz rocket is launched with Expedition 57 Flight Engineer Nick Hague of NASA and Flight Engineer Alexey Ovchinin of Roscosmos at the Baikonur Cosmodrome, Kazakhstan October 11, 2018. NASA/Bill Ingalls/Handout via REUTERS

Russian cosmonaut Alexei Ovchinin and American astronaut Nick Hague had to abort their mission on October 11 and perform an emergency landing after the Soyuz rocket supposed to carry them to the International Space Station failed.

Alien world could be a home for life, scientists say 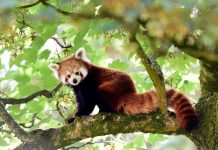