In normal times, most diplomats can expect to end a foreign posting with an official – if not always fond – farewell from their hosts and a comfortable journey back to their native country.

But for one group of Russian envoys and their families, the coronavirus pandemic meant there was only one way home – under their own steam on a hand-pushed rail trolley.

A video clip shows some members of the group smiling and shouting for the camera as they push the trolley over the a bridge spanning the Tumen river, which divides North Korea and Russia.

A still image captures the trolley, loaded down with suitcases, as it makes it way through the wintry North Korean countryside.

A more conventional exit from North Korea has not been possible since the country closed its land borders and banned international air travel early on in the pandemic.

The country continues to insist – to widespread scepticism – that it has not recorded a single case of Covid-19, although it has reportedly quarantined tens of thousands of people in an attempt to prevent an outbreak.

“Since the borders have been closed for more than a year and passenger traffic has been stopped, it took a long and difficult journey to get home,” Russia’s foreign ministry said in a post on social media.

The group of eight, including a three-year-old child, travelled 32 hours by train and two hours by bus from the North Korean capital Pyongyang to reach the Russian border on Thursday, the foreign ministry added.

The ministry name-checked the embassy’s third secretary, Vladislav Sorokin, as the trolley’s “engine” after he pushed it for more than a kilometre.

The group used the trolley to cover the short, final leg of the journey across the border and were greeted by officials on the Russian side before travelling by bus to Vladivostok airport. 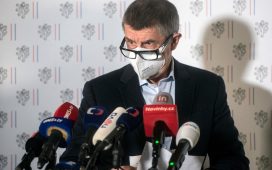 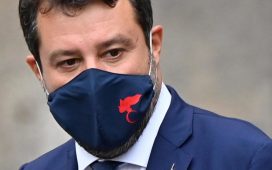 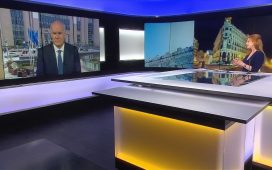