Russian forces are trying to cut off the strategic twin city of Lysychansk in eastern Ukraine, having reduced Sievierodonetsk to rubble.

Lysychansk is set to become the next main focus of fighting, as Moscow has launched massive artillery bombardments and airstrikes on areas far from the heart of the eastern battles.

According to Russia’s Interfax news agency, Russian troops entered Lysychansk on Saturday, the last city held by Kyiv in Luhansk province, after Ukrainian forces were ordered to withdraw from Sievierodonetsk.

If Lysychansk falls, the entire region of Luhansk, which along with Donetsk makes up the eastern Donbas region, could fall under Russian control, marking another strategic breakthrough for the Russian president, Vladimir Putin, since the beginning of the invasion.

“The people’s militia of the Luhansk People’s Republic and the Russian army have entered the city of Lysychansk,” a representative for pro-Russian separatists, Andrei Marochko, said on Telegram. “Street fighting is currently taking place,” he added.

The claim could not be independently verified and there was no immediate comment from the Ukrainian side.

However, Serhiy Haidai, the governor of Luhansk province, said on Facebook that Russian and separatist fighters were trying to blockade Lysychansk from the south.

Haidai said the Azot chemical plant in Sievierodonetsk and the villages of Synetsky and Pavlograd, and others, were shelled, but made no mention of casualties.

Vitaly Kiselev, an interior ministry official of the self-proclaimed republic in Luhansk, which is recognised only by Russia, told the Tass news agency it would take another week and a half to secure full control of Lysychansk.

About 95% of Luhansk is already under the control of Russian troops while about half of Donetsk is also occupied by Moscow’s forces.

In a separate development on Saturday, 20 rockets “fired from the territory of Belarus and from the air” targeted the village of Desna in the northern Chernihiv region, Ukraine’s northern military command said.

The command added that infrastructures were hit, but no casualties had yet been reported.

Although it is officially not involved in the conflict, Belarus has provided logistic support to Moscow since the beginning of the invasion.

“Today’s strike is directly linked to Kremlin efforts to pull Belarus as a co-belligerent into the war in Ukraine,” the Ukrainian intelligence service said.

The attack came before a planned meeting between Putin and his Belarussian counterpart and close ally, Alexander Lukashenko, in St Petersburg on Saturday.

Meanwhile, four Russian rockets hit a “military object” in Yaroviv, the Lviv regional governor Maksym Kozytskyy said. He did not give further details of the target, but, according to the Associated Press, Yaroviv has a sizable military base used for training fighters, including foreigners who have volunteered to fight for Ukraine.

Although far from the frontlines, the Lviv region, described as the soul of Ukraine and a symbol of Ukrainian nationalism, has come under fire at various points in the war.

During what has been described as the most difficult moment for Ukrainian troops since the beginning of the invasion, Kyiv pressed for more weapons again on Friday. Its top general, Valeriy Zaluzhny, told his US counterpart in a phone call that Kyiv needed “fire parity” with Moscow to stabilise the situation in Luhansk.

AFP, Associated Press And Reuters contributed to this report 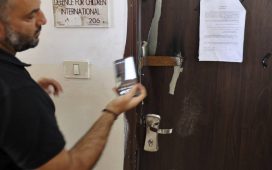 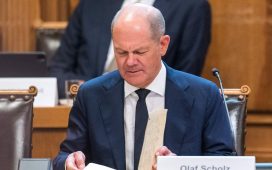 Putin and Xi ‘could meet in September’ at summit in Samarkand 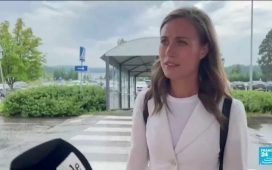 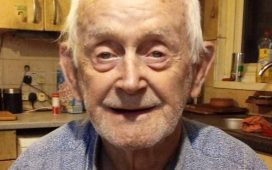