A rebel Russian monk who castigated the Kremlin and denied that the coronavirus existed has been convicted on accusations of encouraging suicides and given a three-and-a-half-year prison sentence.

The monk, Father Sergiy, was arrested in December 2020 on charges of inciting suicidal actions through sermons in which he urged believers to “die for Russia”, breaching the freedom of conscience and making arbitrary moves. He rejected the accusations and his lawyers said they would appeal Tuesday’s ruling by Moscow’s Izmailovo district court.

Sergiy reacted to the verdict with a biblical “do not judge and you will not be judged”.

When the coronavirus pandemic began, the 66-year-old monk denied its existence and denounced government efforts to stem the pandemic as “Satan’s electronic camp”. He has spread long-debunked conspiracy theories about Covid-19 and described the coronavirus vaccines being developed against the virus as part of a purported global plot to control the masses via microchips.

The monk urged followers to disobey the government’s lockdown measures. He holed up at a monastery near Yekaterinburg he founded and had dozens of burly volunteers, including veterans of the separatist conflict in eastern Ukraine, help enforce his rules while the prioress and several nuns left.

The monk chastised President Vladimir Putin as a “traitor to the Motherland” who was serving a satanic “world government” and denounced the head of the Russian Orthodox Church, Patriarch Kirill, and other top clerics as “heretics” who must be “thrown out”.

The Russian Orthodox Church stripped Sergiy of his abbot’s rank for breaking monastic rules and later excommunicated him, but he rejected the rulings and ignored police investigators’ summons. Facing stiff resistance by hundreds of his supporters, church officials and local authorities appeared reluctant to evict him for months.

Sergiy, who was born Nikolai Romanov, served as a police officer during Soviet times. After leaving the ranks of law enforcement, he was convicted of murder, robbery and assault, and sentenced to 13 years in prison. He joined a church school after his release and later became a monk. 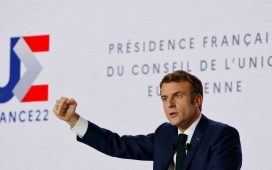 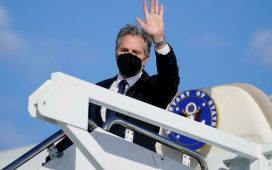