Haeir Group have released a statement denying they have agreed a £70million-a-year deal to become Manchester United’s new shirt sponsors.

The Red Devils signed the biggest shirt sponsorship deal in world sport when American car giants Chevrolet agreed a seven-year, £450m deal which is due to expire in 2021.

But with reports claiming they are looking for an early exit, The Sun claimed the club were nearing a deal with Chinese company Haier Group to feature on of their brands on their shirt.

The club declined to comment on claims senior representatives of the company held talks at their London base – but Haier have now denied the report in a statement.

The statement read: “For clarification purpose, Haier Group denies to have contacted Manchester United and to have reached any agreement with them in order to sponsor the football club as wrongly reported instead yesterday in the UK press.

“Haier is a Chinese company with a global presence and has always practiced corporate citizenship. Haier has long supported the development of Chinese youth education.

“It has donated 305 Hope Primary Schools across the country. And as Haier did for 2008 Beijing Olympic Games, Qingdao Marathon, World Aquatic Championship (Qingdao), where it acted as official sponsor, the Group will continue to care, focus and support various social welfare undertakings.”

United have picked up just 17 points from their first 13 league games and are ninth in the table – nine points outside the top four – but the club are still considered a big commercial attraction.

“Their shirt is one of the most valuable assets in world sport.” 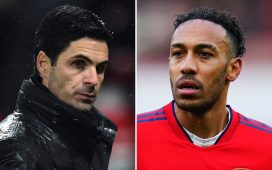