On 22 September, Tonga’s national rugby team, the ‘Ikale Tahi, will play England – the world’s largest rugby nation – in their first game of the 2019 World Cup. The Kingdom of Tonga is the competition’s smallest nation, officially registering just under a thousand rugby players compared to England which registers nearly two million.

‘Ikale Tahi means “Sea Eagle” in Tongan – though there are no sea eagles that inhabit Tonga – the animal symbolizes courage and majesty. Most of the current ‘Ikale Tahi squad are sourced from the Tongan diaspora, predominately born and raised in New Zealand. All are professionals, the majority of whom play for clubs in Europe, such as Leicester flanker Sione Kalamafoni, London Irish lock Steve Mafi, Bristol centre Siale Piutau, former All Black prospect Nasi Manu who plays for Benetton Treviso in Italy, Racing 92 prop Ben Tameifuna, and Newcastle scrum-half Sonatane Takulua.

Like other Pacific Island nations Fiji and Samoa, Tonga has struggled to finance and reward its rugby players. Thanks to a World Rugby grant, however, each ‘Ikale Tahi player is receiving a weekly income of 1,000 Pa’anga (€391) in their World Cup campaign.

Pacific Island teams can be described as volunteer armies where athletes put their careers on the line, risking injury and lucrative contracts. However, for the players, the honour of representing their people and playing at the World Cup outweigh these risks. Finding players willing to wear the jersey has never been a problem for Tonga, getting access to the best players on the other hand has been a challenge. World Rugby eligibility laws have blocked Pacific rugby players from representing their heritage and the restrictions have become a nuisance to Tier 2 nations.

READ  Bethany Hamilton: ‘My fear of losing surfing was greater than my fear of sharks’ | Graham Russell

Take former All Black Charles Piutau who last played for the All Blacks in 2015. Recognised as one of the best backs in the Premiership, he was barred from playing for Tonga because he failed to meet eligibility regulations that required him to play for Tonga in a sevens Olympic qualification tournament – the nearest event takes place next year 2020.

The ‘Ikale Tahi are placed in the “Pool of Death” where they face England, France, Argentina and the United States. Their warm-up games have not ended desirably, with a 29-19 defeat to Fiji and a devastating 92-7 loss to the All Blacks. They finished second-to-last in the Pacific Nations Cup this year, losing to Samoa 25-17 and Japan 41-7. In spite of these defeats, the tenacious Sea Eagles remain steadfast in accomplishing their set objective – to make it to the knockout stages.

“We’re in with a chance,” said Tonga’s head coach, Toutai Kefu, in an interview with Matangi Tonga this month.

“It’s a massive challenge for us but I think the bigger the obstacles the better. We become more motivated and we play stronger. Our aim has always been to make it to the quarter-finals and we need to win three games in order to do that.”

There is no shortage of inspiration for the ‘Ikale Tahi. The team has history of causing upsets. At the 2011 tournament, they pulled off one of the biggest upsets in world cup history when they defeated France 19-14. France then reached the final of the tournament where they very nearly defeated champions New Zealand. Three players from Tonga’s 2011 team will play at this year’s tournament.

There are other sources of inspiration. Take ‘Ikale Tahi No 8 Nasi Manu who was only last year diagnosed with cancer and underwent chemotherapy. He was cleared by his doctor in April this year and his presence alone has been uplifting to Tongan fans. Manu did not participate in any warm-up games due to injury but his expected appearance against England could give his team the motivational fuel needed for an upset.

Another role model is Tonga’s head coach. A former Australia international, Kefu was a member of the Wallabies team that won the 1999 World Cup. He played at No 8 and earned 60 caps. He is forever remembered by older Australian and New Zealand rugby fans for his last minute game-winning try against the All Blacks in the 2001 Tri-Nations series. “Seeing someone who has beaten the All Blacks is proof in itself that it can be done,” said Kefu.

“They’re are always asking questions about how do we do this? I just got to give them belief and discipline to win.”

So, can Tonga repeat what Japan did to South Africa in 2015? For a Tongan fan, the answer is that anything is possible. The ‘Ikale Tahi have enough quality players and firepower to compete against the bigger teams and an error-free performance can cause serious problems for any Tier 1 nation. Tonga have nothing to lose and underestimating them could be fatal to the ambitions of their larger opponents.

• Finau Fonua is a sports reporter for Matangi Tonga

Listen to the science: it was mad to go ahead with major sporting events | Barry Glendenning 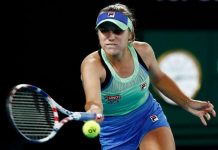