MANCHESTER UNITED legend Roy Keane has cast doubt over whether Dean Henderson has the ‘presence’ to be the long-term No1.

After initially being consigned to cup appearances, he has now been given the nod over Spaniard David De Gea for United’s Premier League matches.

Henderson, 24, has enjoyed another campaign of progression and looks certain to be part of Gareth Southgate’s Three Lions squad for the upcoming European Championship.

With De Gea pocketing around £350k-a-week and under contract for another two years, the topic of who should be United’s first-choice stopper has been a hot topic throughout the campaign.

But ex-United captain Keane says he believes Henderson ‘looks small’ between the sticks after witnessing his display in Thursday’s 4-2 home defeat to Liverpool.

The keeper was criticised for his positioning as Mo Salah broke forward on the counter to round-off the away win in the closing stages.

And that led to Keane revealing his doubts over whether Henderson is the right man to have between the sticks for his old side.

Speaking to Sky Sports, the Irishman said: “He looks so small in the goals, that’s my worry Henderson.

“He has a good mentality, good temperament and is good with his feet, but I’ve seen a few goals go in recently where he looks so small in the goals.

“He looked tiny there for the fourth goal…

Despite his worries over Henderson, Keane is not convinced reinstating De Gea as undisputed No1 would be the right thing to do either.

He added: “They can’t go back to De Gea, I don’t think that’s the final answer either.

“He [Henderson] is going to make mistakes of course, but my worry is his presence.

“He looks so small, which is a big concern going forward.” 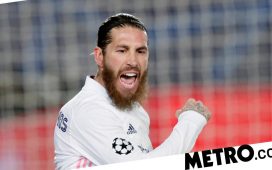 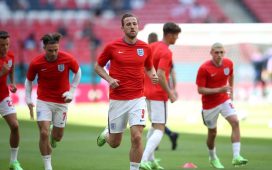