Joe Biden is hoping to become the next President of the US as he takes on Donald Trump in the fight for the White House.

As Barack Obama’s Vice President, Biden is already more familiar than most with the inside of the Oval Office.

Many had hoped he would run for election at the end of his tenure as VP but the 77-year-old ruled himself out of the race following the death of his eldest son, Beau.

The 46-year-old passed away from brain cancer in May, 2015, and his father, with whom he shared and incredibly close bond.

Biden admitted he was unsure if he had the emotional strength to deal with his devastating loss as well as run for President.

As a senator, the presidential hopeful has 47 years of experience in politics after first being elected in 1973.

Just weeks after Biden became the sixth youngest senator to be elected his wife, Neilia, and baby daughter, Naomi, were killed in a horrifying car crash.

Joe and Neilia had married when they were still in college and shared three children – their two boys, Beau and Hunter, and little Naomi.

As well as the deaths of his young wife and baby daughter, Biden’s two sons also suffered terrible injuries in the smash on December 18 – a day the Presidential hopeful will still never work to honour the memory of Neilia and Naomi.

Both Beau and Hunter spent months in hospital. Beau broke several bones, including his leg, while his three-year-old brother suffered a fractured skull.

Their devoted father kept an almost constant vigil at his sons’ hospital bedsides and even had to be sworn into office on the ward.

The tragedy shook Biden to his very core and he debated giving up his elected seat – but was persuaded to stay on.

Every day, after the last vote, the politician would make the long commute back from Washington to Delaware so he could be there to tuck his two young sons into bed.

But this isn’t Biden’s first attempt the become the leader of the free world – he first threw his hat into the ring in 1987, hoping to be elected the following year.

Despite being considered one of the strongest runners in the field, the senator withdrew from the race after he faced accusations of plagiarism.

He was juggling his busy family life with his work as a senator and his campaigning and he began to lag behind.

However, in September 1987, rumours started to surface around Biden’s camapign and articles appeared in leading newspapers The New York Times and the Des Moines Registrar accusing him of plagiarising a speech made by then British Labour leader, Neil Kinnock.

The MP had made his remarks at the Welsh Labour Party conference in May and talked about his humble background.

In one of Biden’s rousing speeches he also referenced both his own and his wife, Dr Jill Biden’s, backgrounds.

He said: “I started thinking as I was coming over here, why is it that Joe Biden is the first in his family ever to go to a university?

“Why is it that my wife who is sitting out there in the audience is the first in her family to ever go to college? Is it because our fathers and mothers were not bright?

“Is it because I’m the first Biden in a thousand generations to get a college and a graduate degree that I was smarter than the rest?”

There were other elements of the two speeches that bore similarities and even though Biden had previously cited Kinnock’s remarks as the inspiration for his words, at one event he had failed to.

It then emerged that there had been a similar incident in Biden’s past when he was at law school, which came out as a result of his speech.

During his first year he had relied on just one article for an essay, which he referenced only once even though it was said he lifted “chunks of heavy legal prose directly” from it.

He was allowed to resubmit his work and insisted it was a genuine mistake because he hadn’t known the proper rules of citation.

However, the damage was done and on September 23, 1987, Biden officially withdrew from the presidential race, saying his campaign had been overrun by “the exaggerated shadow” of his past mistakes. 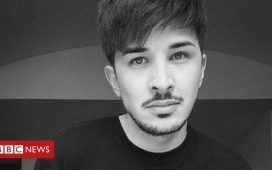 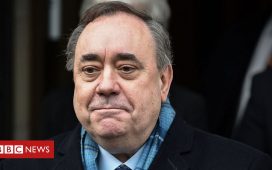 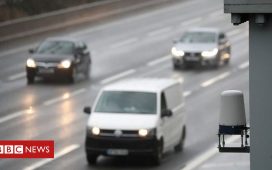