Ronnie O’Sullivan has told snooker fans and Stephen Hendry himself to keep expectation in check ahea dof the Scot’s return to the sport next week after nine years away.

The seven-time world champion accepted a wildcard to return to the tour at the start of the season and is finally embarking on his journey back into professional snooker at next week’s Gibraltar Open (in Milton Keynes) where he takes on Matt Selt in the first round.

The 52-year-old last played at the 2012 World Championship, losing to Stephen Maguire in the quarter-finals before heading off into an early retirement.

Hendry has been working to get his game back up to scratch over the last year, but after such a long spell out, the Rocket has warned everyone not to expect too much from him.

‘It’s not for me to comment on Stephen’s return.,’ O’Sullivan told WST at the Players Championship on Thursday. ‘I’ll just support him, he’s a true great of our game, whatever decision he makes, let him make it, let him enjoy it and try and have some fun on there.

‘Try not to have any expectations. The more expectations you put on Stephen probably the less he’ll want to come out

‘Expect the first year just to find his feet, allow him to do that. Whether he gets that freedom or not, I don’t know. If everybody wants to see him in the game, support him in that way and try not to get on his back if he doesn’t play well.

‘It’s really tough. I said to Stephen the other day: “try not to expect anything for a long time, just play in everything and look at the first year as bedding yourself in.”

‘At some point he’ll think he’s up to speed, because it really, really is tough.’

O’Sullivan looked in sublime form himself on Thursday as he despactched Jack Lisowski 6-1 to reach the Players Championship semi-finals.

Hendry is working on the event for ITV and said the Rocket’s cue looked like a magic wand during the fine win.

O’Sullivan was happy to repay the compliment, describing the Scot as the ‘Tiger Woods of snooker’ for how he impacted the sport.

‘Stephen’s done magnificent things in the game. He’s like our Tiger Woods of snooker, if you like,’ O’Sullivan told a press conference.

‘When he come along he just changed the way snooker was played. Everyone was in awe of what he was doing on the table.

‘He was our game-changer, so it’s nice to get a compliment from the great man himself.’

O’Sullivan takes on Barry Hawkins on Friday night for a place in the Players Championship final. 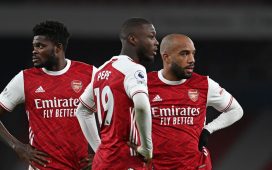 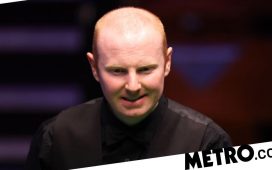 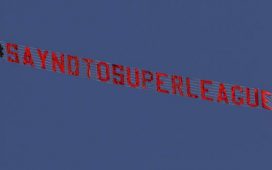 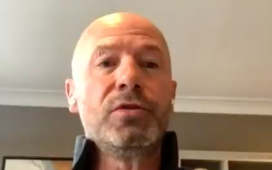 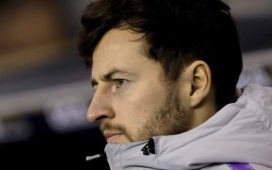 Interim boss Mason to lead Spurs for rest of season