Ronald Koeman sacked by Barcelona after defeat at Rayo Vallecano


Ronald Koeman’s underwhelming spell as the Barcelona manager came to an abrupt endon Wednesday night after he was sacked following a 1-0 defeat at Rayo Vallecano.

His departure ends an unhappy chapter for the former player who won them their first European Cup in 1992 and leaves the club in turmoil on and off the field.

The defeat left Barcelona sitting ninth in La Liga on 15 points, six behind a quartet of clubs led by Real Madrid. Barça are third in their Champions League group having lost their opening two matches in Group E 3-0, at home to Bayern Munich and then away to Benfica. Ultimately, it was a sorry end for Koeman with the Rayo Vallecano supporters taunting Barcelona’s players and the manager as they left the pitch.

“FC Barcelona has relieved Ronald Koeman of his duties as first-team coach,” an official club statement read after the 1-0 loss.

The statement continued: “The president of the club, Joan Laporta, informed him of the decision after the defeat against Rayo Vallecano. Ronald Koeman will say goodbye to the squad on Thursday at the Ciutat Esportiva. FC Barcelona wishes to thank him for his service to the club and wishes him all the best in his professional career.”

Koeman resigned from his job as the Netherlands manager in August 2020 to take the helm at the Camp Nou in succession to Quique Setién, who was dismissed after an 8-2 defeat by Bayern Munich in a Champions League quarter-final played on neutral ground because of Covid-19.

But the Dutchman was unable to arrest the decline as a financial crisis took hold, leading eventually to the departure of their superstar Lionel Messi.

After the poor start to the current season – and with supporters calling for his head – it was thought that the depth of the financial problems were the only reason Koeman kept his job so long.

Barcelona lost the first clásico of the season on Sunday, going down 2-1 at home to Real Madrid and Koeman was subjected to abuse as supporters appeared to bang on or kick Koeman’s car as he drove away, with fans also spitting at the windows of the vehicle. 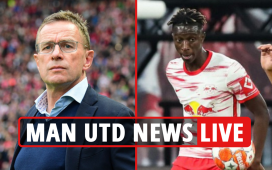 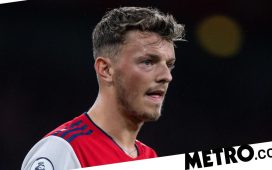 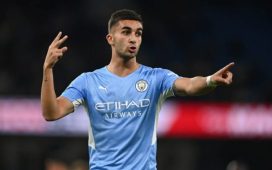