Almost 50 years on from their last hit Ooh La La, Rod Stewart, Ronnie Wood and Kenney Jones are back together to release a collection of songs including stuff that didn’t make it in the old days

Wake up Faces fans, Rod’s got something to say to you.

It’s late September and the band are returning with something cool.

Their songs will keep you amused, even though they’ve been unused – old numbers they once discarded as not good enough.

Rocker Rod Stewart’s lyrics from his solo hit Maggie May might just be the perfect sell for a shock new album from the band that shot him to fame.

Almost 50 years on from their last hit LP Ooh La La, Faces heroes Rod, Ronnie Wood and Kenney Jones are reuniting to release a collection of songs featuring tracks that didn’t make it in their heyday – with an excited Rod telling me: “F*** me, they are good.”

The trio met at Ronnie’s London home in July to flesh out a new batch of songs which will be a mixture of old and new – and they’re planning a tour in 2023.

Rod, 76, said: “I have got to tell you we have got some great tracks. Woody went back and dug up a lot of stuff and some of it is like, ‘Wow, did we do that?’ It’s stuff we never got round to completing – and at the time we thought it was not good enough.

Rod with Ronnie Wood and Kenney Jones in the old days
(

“We are finishing some songs off and I am adding vocals and new lyrics. So it’s a cross between really old and new.”

Drummer Kenney, 73, admits when they got back together at Ronnie’s home this summer it was like the band had never been apart.

He says: “We go out a lot and we do see each other a lot so we are not like strangers. But when we all come back together it is like nothing ever changed. We still take the p*** out of each other.”

He insists it’s solely love of making music that’s behind the reunion.

“It is not about the money,” he says. “We got back together to celebrate our 50th anniversary and now it our 53rd so that is why we are doing this album.”

The trio have previously reunited for a handful of brief live appearances in recent years, but there hasn’t been a new Faces album since 1973’s Ooh La La.

The band was formed in 1969 by members of Small Faces after lead singer/guitarist Steve Marriott left to form Humble Pie.

The band broke up in 1975 due to Rod’s success as a solo act while guitarist Ronnie, 74, joined the Rolling Stones later that year, and drummer Kenney replaced tragic Keith Moon in the Who in 1979.

Ian became a session musician and solo act, and bassist Ronnie cut a 1977 collaborative album Rough Mix with Pete Townshend before he was sidelined by multiple sclerosis.

He died in 1997, with Ian killed by a stroke in 2014. The following year, Rod, Ronnie, and Kenney were back together on stage at Rod’s 70th birthday party and a charity event.

Then last year, they did a rousing rendition of the Faces’ 1971 smash hit single Stay With Me to close the Brit Awards.

The classic line-up first reunited at a Wembley Stadium Rod Stewart concert in 1986.

Want to keep up-to-date with all the latest Celeb gossip and news? Sign up to our newsletter here

And a few small get-togethers followed until the surviving members, minus Rod, toured as the Faces in 2010 with Simply Red’s Mick Hucknall on vocals and Glen Matlock of the Sex Pistols on bass.

Rod was meant to reunite with them when The Faces were inducted into the Rock & Roll Hall of Fame in 2012, but he had to pull out because of an illness and again Mick was brought in to take his place.

At the peak of their fame, the band released four albums in all – with the last, Ooh La La, topping the UK charts in 1973.

Their third album A Nod Is As Good As A Wink… To A Blind Horse in 1971 went Gold in the US – bolstered partly by Rod’s single success the same year with Maggie May. 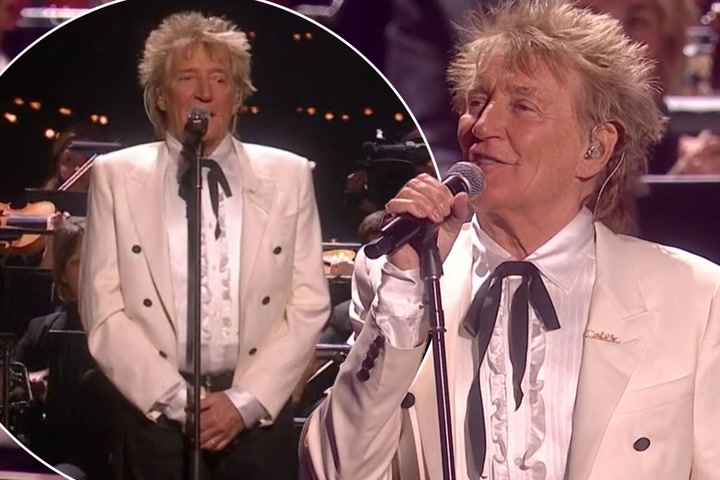 In July, Ronnie told The Times: “Me, Rod and Kenney have been recording some new Faces music.”

And Kenney says a Faces UK and American tour is in the pipeline – but that they will have to wait until the Rolling Stones No Filter tour ends and Rod finishes tours in autumn and spring.

He said: “When all that is out of the way we will get back together. It is in the pipeline and we will have to do America.”

When asked if the band would consider replicating ABBA’s latest announcement that they will tour as digital avatars, he laughed and said: “Only if we are dead.”

But he added: “I am pleased about ABBA. I have heard the new song and it is nice.

They have got more money than f******* Volkswagen.” But Rod jokingly dismissed the Swedish group’s new tech approach adding: “We play real rock and roll.” 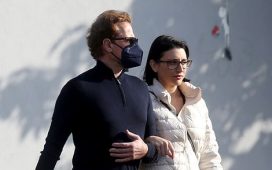 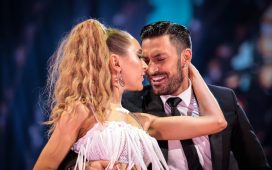 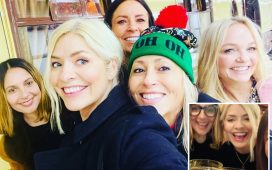 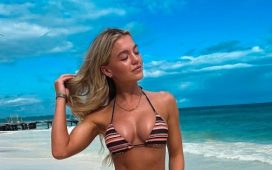 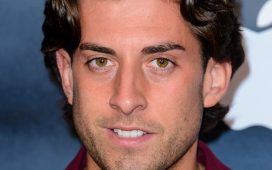 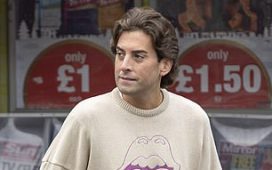