NEWSCABAL > world > Rock could be worth up to £7,300 after experts find the Cookie Monster’s face inside
world

Rock could be worth up to £7,300 after experts find the Cookie Monster’s face inside


EXPERTS reckon that some Muppet will pay a fortune for this lump of rock — because it has the Cookie Monster’s face inside.

A gemstone with an uncanny resemblance to the Sesame Street favourite was revealed on both halves when it was split open.

A specialist it was sent to says it is worth at least £7,300 because of its rarity.

The volcanic rock — with blue quartz crystals shaped as large white eyes and a gaping smile just like the cookie-munching TV character — was found in Brazil.

Footage of it has been viewed more than 630,000 times since being uploaded to social media by Mike Bowers, who specialises in the agate rocks.

Mike, 55, of California, has seen similar shapes but said: “I think this is probably the most perfect Cookie Monster out there.

“I have seen others but here you have it complete on both sides.

Mum, 34, woken by toddler’s screams as he was attacked by huge rat in the night

Married teacher, 35, ‘told boy, 15, to delete all her texts after sex exposed’

“This is very unusual. There are a few famous agates out there: the owl; the scared face. But it is rare to find one so well defined like this.

Agate is a type of quartz found in ancient lava cavities. Liquid penetrating the rock solidifies and forms patterns within. 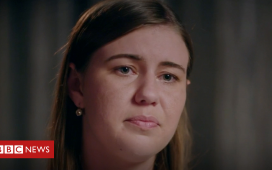 Girl, 9, beaten to death with cane during ‘exorcism’: cops 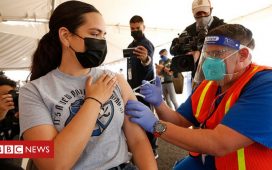