The deep and widespread impact of the Tories’ economic policy is having a direct effect on voters’ lives, and while it could be good for Labour it’s bad for the country, writes Keir Mudie

Among the many slogans to have come out of politics, the most effective must be: “The economy, stupid.”

It framed the 1992 US presidential election and very much helped Clinton get elected. Since then, it’s been repeated in various forms.

One Labour mate of mine was driven mad by the repeated Tory use of variants of it.

“It used to be,” he said, “that whenever the Tories put out some announcement– no matter what the department, transport, defence, housing – the message would always end the same: You can’t trust Labour on the economy.

“And it worked, you know? It might have been totally random but eventually it cut through. They got away with a decade of economic malfeasance off the back of that.”

(He didn’t say malfeasance. His word was far ruder – but you get my drift.)

It is true, though. Successfully framing Labour as economically incompetent despite a decade of Tory economic incompetence is incredible work.

Until now, it seems, when the Government started nicking Labour’s ideas – the latest being the windfall tax.

As my pal put it: “The outcome may be ok but the way they’ve gone about things has been far from ideal. I mean, it wasn’t so long ago they were desperate for us to vote against the windfall tax.

“The thinking is that once people have got the cash, they’re not going to care where it came from.”

Which is true. The minutiae of U-turns is interesting to observers but lots of us have bigger fish to fry.

Politically, it’s pretty embarrassing for the Government. Captain Hindsight Starmer was Captain Foresight all along, it seems.

And Theresa May ’s fabled magic money tree turning up in the country garden of one Mr R. Sunak, esq, rather than any of his Labour counterparts, is a sore point.

This is going to hurt, these next few months – maybe longer. Despite assurances that the Treasury has the tools to tackle inflation and its related problems, many Tories I have spoken to acknowledge there is a painful period to come.

And many of them are unhappy with their Chancellor’s decision to adopt Labour policy – no matter how well received it might be in the wider world.

“Socialism,” one said to me, then hung up when I started laughing.

Usually GDP, the FTSE, inflation, stagflation are abstract far-off concepts to people. Does anyone really pay more attention to the budget than how much petrol is going to be, or how much they’re putting on a pint?

Maybe I’m doing people a disservice and there is widespread interest in economic headwinds. I always feel the economy, like many issues, is background until it hits your everyday life.

Soon it’s going to be unavoidable. At the petrol pump, at the checkout… unavoidable, like the fog at the start of Bleak House. And it looks like, no matter when it’s held, the economy will be central at the next election.

Good news for Labour, I suppose, when the time comes. Not so good for the country for the foreseeable.

Meantime, Mr Johnson is bouncing round London delighted with his words – “Robin Hood” tax. Enjoy it while you can, you and the rest of the Merry Men.

But spare a thought for the rest of us, who are – as the Cockneys would have it – Friar Tucked. 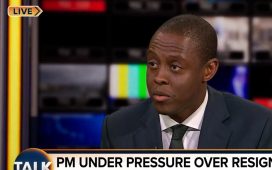 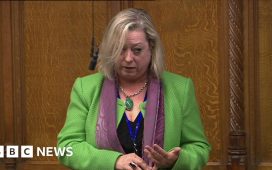 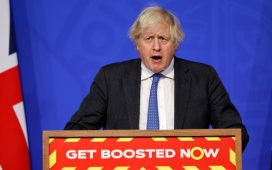 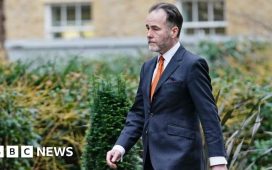 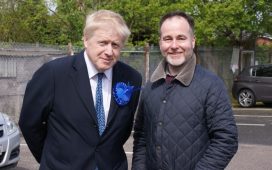