It has been a lucrative week for the estate of Roald Dahl and an expensive one for Netflix, which purchased the Roald Dahl Story Company for a reported £500m and though neither organisation would confirm the exact sum involved, I’m sure the frobscottle corks were popped. In a statement, the streaming service said its planned adaptation of Matilda the Musical and its forthcoming animated Charlie and the Chocolate Factory series had “opened its eyes to a much more ambitious venture – the creation of a unique universe across animated and live action films and TV, publishing, games, immersive experiences, live theatre, consumer products and more”.

Whew. It’s going to be Frozen all over again, isn’t it? I don’t have children, but I do have nephews and nieces and have learned through them that there is nothing you can’t embellish with Anna and Elsa. A fork? Frozened. Trainers with sparkly laces? Frozened. There are Frozen potties, Hula Hoops, bed frames, tents. There are more snowflakes on children’s toys than there are people angrily typing the word on Twitter. Surely it’s only a matter of time before we get Miss Trunchbull-branded javelins, Mr Twit beard combs or a Grandpa Joe-themed bedspread.

Most children who grew up on a giddy, gruesome diet of Dahl will have a lingering fantasy that thechocolate factory could one day be a possibility, though the pandemic may have had a lasting impact on the desirability of wallpaper you can lick. Yes, Willy Wonka’s machines maimed children, but it was worth it, by the sounds of that Whipple-Scrumptious Fudgemallow Delight. If the Dahl universe does get the full Harry Potter treatment, then beware false hope: I have made the real-life attempt at Butterbeer, so you don’t have to. I’d rather face Dementors than drink it again.

Netflix has been urged to acknowledge Dahl’s well-documented antisemitism, for which his descendants apologised last year, with the Board of Deputies of British Jews calling for a documentary to be made about his bigotry, so as to avoid painting him “as some sort of paragon of kindness and virtue”.

Even so, Dahl branding is already out there. Matilda has given her name to bubble bath. You could buy disappointing Wonka chocolate with popping candy in it for years. I remember a gentle boat ride at Alton Towers that took all of the nastiness out of the chocolate factory. It is a particular kind of possessive nostalgia, I think, which makes the idea of a Roald Dahl “immersive experience” instinctively off-putting, but hope lies in the prose. His books are about powerful, self-sufficient children and inept, cruel or useless adults or sometimes adults who are all three. They are about farts – and death and neglect – and they are about magic and strength and freedom. This is a heady mix to balance. Let’s hope those immersive experiences can take it.

I started watching a new show on BBC2 last week called Take a Hike. I enjoy the comedy of Rhod Gilbert, who narrates. I enjoy hiking, even though it’s just walking, puffing out its chest and trying to make itself sound important, and I enjoy television, so I settled in for some vicarious views and perhaps some fleece-based inspiration for the coming cold months.

There are jokes in the narration and lovely scenery, but mostly, Take a Hike is a competition. Of course it is. We already have Coast and Walks with My Dog, and Channel 5’s entire Friday night schedule for watching people amble around beautiful landscapes, so it was inevitable that this would have a competitive element. It’s one of the many shows borrowing from the school of Come Dine with Me, pitting people against each other and then ranking their efforts out of 10. Here, the winner, with perfect BBC stinginess, gets a golden stick and a voucher for walking gear.

Does every activity have to become a competition? The rankings can’t be bothered to be nasty – “lovely views but she did serve cheese at lunch?” and “I would have [had] a little bit less mud” aren’t quite at the Four in a Bed level of cutthroat just yet – and the programme is mostly about looking at hills. Surely, I thought, walking is the last place that this format can go. And then I watched a trailer for A Perfect Pitch, in which avid campers compete to find the best camping spot in Britain, coming to Channel 4 this week.

That’s it, then, for Derry Girls, which is officially coming to an end. Lisa McGee, its creator and writer, announced that the comedy’s forthcoming third series would be its last. The hilarious show is about to begin filming, after a two-year delay caused by Covid. “What a ride!” McGee wrote on Twitter, confirming the news, though she did tease that the gang may “return in some other guise some day”, which is handy for those of us who wish to put their vaguely awkward confidence with the phrase “catch yourself on” to further use.

It seems an odd time for it to come to an end, having ascended to the much-coveted level of “special edition with celebrity guest on Comic Relief”, but I firmly believe a three-series limit should be imposed on almost every show. British and Irish productions have a knack for brevity that their transatlantic cousins sometimes lack, partly because they aren’t often given a chance to improve on so-so first seasons. It sorts the wheat from the laughs, if you will. (I’m sorry.) Three series and out is a classy move and should be enough to keep the Derry Girls legacy alive. 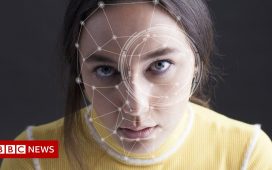 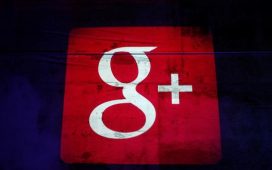