Moody’s has issued a stark warning that the risk of a no-deal Brexit has “risen materially” in recent months, spelling out the extent of the possible damage on the UK economy from crashing out without an agreement.

Britain would risk entering recession, according to the rating agency.

While the UK and the EU would “likely take swift steps to limit short-term disruption”, a disorderly exit would “clearly pose more significant challenges than a negotiated exit”, the chief author of Moody’s report, Colin Ellis, said.

“The immediate impact would likely be seen first in a sharp fall in the value of the British pound, leading to temporarily higher inflation and a squeeze on real wages over the two or three years following Brexit. This in turn would weigh on consumer spending and depress growth, with a risk of the UK entering recession,” Moody’s said.

But Moody’s warned that if the UK left the EU without a deal, it could have negative consequences for some of the country’s most politically and strategically important sectors, including the aerospace, airline, automotive and chemicals sectors.

The banking sector’s “overall credit fundamentals would weaken due to lower asset quality and weaker profits” — partly mitigated by their strong solvency and liquidity — while insurance companies could face pressure on revenues and profits as weaker economic growth cut demand for insurance products.

Defaults on consumer loans could rise if unemployment rose and real incomes were squeezed further, meanwhile lower immigration and a weaker economy could also have knock-on effects for public services such as Transport for London and the UK’s universities.

“In the event of a no-deal outcome, it would not be a foregone conclusion that the UK’s credit profile would be irreparably weakened. Prompt and forthright policy action could, in principle, avoid material damage to the UK’s economic and fiscal strength and therefore its credit quality,” Moody’s said.

“But the balance of risks would shift firmly to the downside. In that event, we would need to consider carefully the longer-term implications for the UK’s credit profile, and how best to signal the potential weakening of the UK’s credit quality while allowing a period of time to take stock of UK policymakers’ response.”

Some of the UK’s major trading partners in the EU, including Ireland, the Netherlands, Cyprus and Malta were also at risk of negative consequences should the UK crash out.

The UK and the EU could however extend the two-year negotiation period before March 29 2019, the agency noted, saying it would “likely wait until it was very clear that a no-deal outcome would occur before considering the longer-term implications for the UK’s credit profile.” 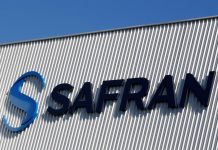 EasyJet to cut up to 30% of workforce, shrink fleet amid Covid-19 crisis – business live

Cineworld planning to reopen all cinemas from July

Airline to cut 30% of its workforce

German economy likely to shrink 6.6% this year due to coronavirus – Ifo 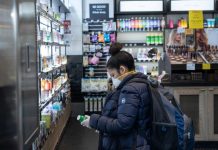 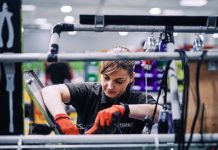