The rising threat of a no-deal Brexit is causing consternation for investors who are worried that more than €100bn of European bank debt issued under English law could no longer comply with the EU regulation.

Countries and companies alike have long turned to English law when raising money on international bond markets, in an attempt to reassure investors that disputes would be settled in a neutral venue known for relatively quick and predictable outcomes.

On top of this trusted legal framework is the great patchwork of regulation the EU introduced after the financial crisis, aimed at making banks more resilient to shocks and to prevent taxpayers’ being put at risk when they do collapse.

Where investors are getting jittery is in the area of bank capital bonds, which has helped financial institutions bolster their balance sheets since the crisis. Regulators give varying degrees of credit to such debt because they can be written down to absorb losses when a lender runs into trouble. But as a bank’s failure is almost always intensely political, investors in these risky securities have generally eschewed buying debt written under local law out of fear from domestic interference. Instead, English law has been favoured.

That posed no problem for continental European banks when the UK was part of the EU. And even in the wake of the vote for Brexit in 2016 many were sanguine about potential disruption, particularly because the Bank of England was a driving force behind much of the thinking that shaped the EU’s bank recovery and resolution directive (BRRD).

But now the UK’s impending exit next year is becoming increasingly messy, fund managers that buy riskier additional tier 1 (AT1) and tier 2 bonds are worried that European bank debt issued under English law may no longer comply with the EU regulation.

While investors in some bonds could potentially extract fees from banks that need to make contractual tweaks, clauses in the documentation of other deals could let banks swap English law for local law — whether bondholders like it or not.

“It’s a really big issue as a relatively large proportion of AT1s have been issued under English law,” said Filippo Alloatti, a senior credit analyst at Hermes Investment Management. “With a French bank you might be happy to switch to French law, but I think a lot of people would struggle with local law for Italian and especially Portuguese bonds.”

Nomura’s capital solutions team estimates that approximately €120bn of AT1 and tier 2 bonds from European non-UK banks are governed by English law.

While many believe the regulatory fixes to address Brexit should be straightforward, if no compromise is reached this debt is at risk of no longer complying with the EU’s “minimum requirement for own funds and eligible liabilities” (MREL) regulation.

And it is not just UK politician’s fiery rhetoric of a no-deal Brexit that is stoking concerns.

Focus on this issue has also intensified because of comments from Europe’s top official in charge of winding down failed banks. Elke König, the head of the eurozone’s Single Resolution Board, said in April that Europe’s banks had to plan for “any possible outcome in the ongoing negotiations” around Brexit.

“One topic will be the question of how to deal with bonds issued by Euro-area banks under UK law,” she said. “These will become third-country issues and might no longer be eligible for MREL going forward.”

While much of the wider Brexit-related anxiety has focused on the Lisbon treaty’s Article 50, banks and their debt investors are more preoccupied with Article 55 of the BRRD and what fixes could be needed to keep English law bonds compliant.

New language has started appearing in bond documents this year in an attempt to protect banks from a regulatory cliff edge — and some of these terms have proven controversial.

In an English law bond issued by Novo Banco in June, the Portuguese bank included contentious wording that changed the governing law of the bonds “without the noteholders’ consent” if the debt no longer counted towards capital ratios after Brexit.

This was problematic for some investors as Portugal’s central bank effectively wiped out some of Novo Banco’s Portuguese law bonds in 2015, while leaving equally ranked English law bonds unscathed, triggering a rash of litigation from heavyweight bond investors such as BlackRock and Pimco.

“I do not trust the Portuguese on this at all,” said one fund manager, who added that he was unable to buy any debt that could switch to Portuguese law, no matter how slim the possibility.

Despite the increased fears of disruption from some, there are still others that remain optimistic. English courts have long shied away from overruling another country’s regulation, and just last month the Supreme Court said “it is not for an English court” to rule on a dispute between Goldman Sachs and the Portuguese central bank.

“People should certainly be thinking about it, but at the end of the day I don’t think it’s going to be a big problem,” said one lawyer specialising in bank capital. “The United Kingdom is one of the last places in the world that would want to mess up a carefully put together international resolution regime.”

But with UK politicians now talking of stockpiling food and medicine, there are still many that find this confidence in the UK acting in its own best interests difficult to share.

Take Five: Life in the time of corona

EasyJet will run out of money by August if Airbus order goes ahead, founder warns 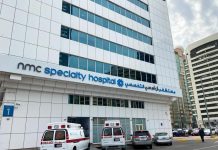 NMC in talks with lenders to avoid administration

What are Tesco’s coronavirus opening hours for the NHS workers and emergency services?

We can't raise a mortgage against our £1.25m home for our holiday let barn

Banks must show they really can do ‘God’s work’