Text messages from Chancellor Rishi Sunak to David Cameron have been published amid a deepening lobbying row engulfing the former Prime Minister.

Mr Sunak revealed the ex-Premier contacted a third Treasury minister in his role as a lobbyist for a financial firm.

As Whitehall chiefs were battling to get to grips with the unprecedented hit to businesses and the economy just 10 days into the first coronavirus lockdown, Mr Sunak texted the former PM to tell him he would contact him.

He later told him he would “push the team” to find options that might work, but added there were “no guarantees”.

The Government has faced mounting questions over Whitehall links with Greensill Capital, which filed for insolvency after failing to secure cash through the Bank of England’s Covid Corporate Financing Facility.

Its collapse last month plunged the future of Liberty Steel, for whom Greensill was the main lender, into jeopardy – leaving 3,000 workers at 11 British plants fearing for their jobs.

The former PM was said to have share options in Greensill worth up to $60million and concerns were raised about his lobbying on the firm’s behalf – including sending text messages to Mr Sunak.

Mr Cameron messaged the Chancellor on his private phone to ask for help for Greensill.

Those texts have not been published.

But the first message from Mr Sunak to Mr Cameron, sent on April 3 last year read: “Hi David, thanks for your message.

“I am stuck back to back on calls but will try you later this evening and if gets too late, first thing tomorrow. Best, Rishi.”

The second message from Mr Sunak sent on April 23 said: “Hi David, apologies for the delay.

“I think the proposals in the end did require a change to the market notice but I have pushed the team to explore an alternative with the Bank that might work.

“No guarantees, but the Bank are currently looking at it and Charles should be in touch. Best, Rishi.”

It is understood “Charles” refers to Charles Roxburgh, the second most senior civil servant at the Treasury.

The Chancellor was forced to provide the messages following a Freedom of Information request.

The Treasury said: “We are withholding the communications sent by David Cameron to the Chancellor.

“These communications were made by David Cameron in his capacity as an employee of Greensill, and with an expectation of confidence.”

Mr Sunak also confirmed the ex-PM lobbied three ministers, including himself, over the matter of Greensill Capital’s access to a Covid support scheme.

In a letter to Shadow Chancellor Anneliese Dodds last night(THU), Mr Sunak wrote: “I can confirm that David Cameron reached out informally by telephone to me, and to the Economic Secretary and the Financial Secretary, on the matter of Greensill Capital’s access to the CCFF (Covid Corporate Financing Facility).

“The matter was referred to the relevant officials and, following appropriate consultations as outlined in the previous requests, the request was turned down.

“During this process, this was communicated to Greensill Capital by officials and, in parallel, by me to David Cameron.”

Previously, it had only been disclosed that Mr Cameron contacted the Chancellor and Financial Secretary Jesse Norman, the former PM’s fellow Old Etonian.

But the revelation shows he went to a trio of finance ministers, including Economic Secretary John Glen.

Ms Dodds said: “These messages raise very serious questions about whether the Chancellor may have broken the Ministerial Code.

“They suggest that Greensill Capital got accelerated treatment and access to officials, and that the Chancellor “pushed” officials to consider Greensill’s requests.

“The Chancellor’s decision to open the door to Greensill Capital has put public money at risk.

“There must be a full, transparent and thorough investigation into the chain of events that saw Greensill awarded lucrative contracts, the freedom of Whitehall and the right to lend millions of pounds of government-backed Covid loans.”

Mr Cameron has been urged to reveal details of his dealings with Greensill’s founder, Lex Greensill, who was given a desk in Downing Street and distributed business cards saying he was a “senior adviser, Prime Minister’s Office”.

Mr Cameron was found to have breached no lobbying rules. 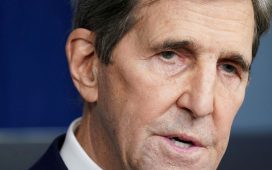 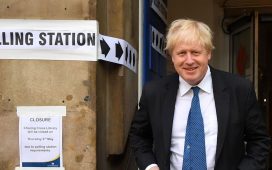 9 million 'missing' voters could miss out after tomorrow's registration deadline 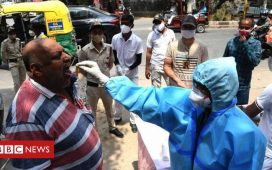 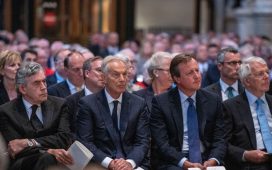