The Indian Valorant community got some fortuitous news today, when Riot Games finally announced its plan for the shooter in the region.

In partnership with one of India’s biggest esports tournament organizers, NODWIN Gaming, Riot Games will be introducing the Valorant Conquerors Championship. This event will be the qualifying tournament for the APAC Last Chance Qualifiers, which is already a part of the 2021 Valorant Champions Tour.

“This is a great opportunity for the entire VALORANT ecosystem in South Asia to catapult itself to stardom. A representation in the Last Chance Qualifier is much deserved looking at the richness of the community and the amount of buzz it has created in the last year. We and our friends at Riot Games have worked together to build this ladder that connects South Asia to the global roadmap of VALORANT esports, that is the VCT 2021. Looking forward to a great competition.”

Indeed the Indian or rather South Asian Valorant community is rich with talented players, and this event will finally be their shot at representing their region on the international stage.

“We at Riot Games have been listening to our fanbase in South Asia and the growing demand to include the region in our VCT 2021 roadmap. This is our first step in unlocking esports for the region. We are very impressed with NODWIN Gaming’s portfolio of esports events and their support for VALORANT in the region and we have full confidence in their ability to deliver a world-class VALORANT event for our competitive players here.”

All registered teams will be participating in their respective sub-regional qualifiers, for a shot at an INR 25 Lacs (33,000 USD) prize pool in the South Asian leg, registrations starting from June 15th onwards.

The tournament will field 6 qualifiers:

Each of the qualifiers will come with their own lot, and the selection process will take place through registrations followed by online qualifying matches.

The teams that qualify will play through a series of playoff matches to eventually reach the grand finals. The winner of the Valorant Conquerors Championship will get the chance to represent their region in the APAC Last Chance Qualifier, where they will be playing against the qualified teams from Southeast Asia, Korea, and Japan.

The winners of the APAC Last Chance Qualifier will then be able to move on to the Valorant Champions Tour global finals, which will take place later this year.

Apart from the registration date and prize pool, not much has been revealed about NODWIN Gaming’s Valorant Conquerors Championship. 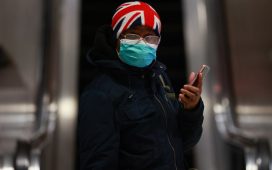 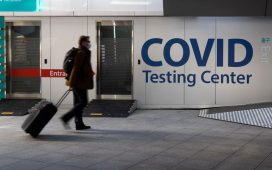