Rio Ferdinand believes the Premier League’s elite clubs will regret failing to make a move for Federico Chiesa during the summer transfer window after he shone in Juventus’ 1-0 Champions League win over Chelsea last night.

The 23-year-old was at the heart of Italy’s Euro 2020 triumph and, following the departure of Cristiano Ronaldo, has assumed the role of Juve’s talisman, spearheading a new-look forward line under Max Allegri.

Chiesa won the man of the match award on Wednesday evening after another vibrant display, unsettling Chelsea’s notoriously measly defence with his enthusiasm and direct running style.

The former Fiorentina star settled a tight contest with the only goal of the game, latching onto Federico Bernardeschi’s pass and thrashing the ball beyond Edouard Mendy just 10 seconds after the restart.

Chelsea and Manchester United were both linked with Chiesa during the summer, but after another stellar display Ferdinand fears both clubs may well have missed the boat.

He told BT Sport: ‘He’s a huge player and he’s been linked with a few clubs in England. I’m sure they’re thinking ‘why didn’t we get him?’.

‘He’s just a fantastic footballer. The intensity with which he plays with, we saw in the Euros he was the main goal threat for the Italians who went on to win the tournament.

‘It’s his pace, his drive. He’s the one who is the threat, he’s potent, he wants to run in behind. He’s that modern day striker who can play anywhere across the front line and he’s as comfortable out wide as he is through the middle. He unnerves defenders with that pace, he’s so direct.’

Ferdinand’s former England teammate Joe Cole, meanwhile, likened Chiesa to a young Luis Suarez and agreed that every major club in Europe will now have the Azzurri international on their radars.

He added: ‘The biggest attribute he’s got is he plays with a humility. He’s hustling and bustling like a young Luis Suarez character, he can make something out of nothing.

‘Every club in Europe will want a slice of him when he become available.’ 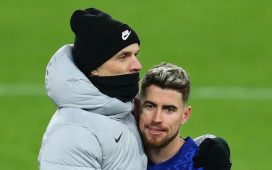 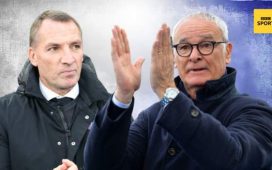