Ring, an Amazon-owned security company, will now require users to enable two-factor authentication after questions over its security standards.

In an announcement on Tuesday, Ring said that two-factor authentication, which requires users to enter a one-time six digit code before logging in to check feeds on their cameras, will now be mandatory.

‘While we already offered two-factor authentication to customers, starting today we’re making a second layer of verification mandatory for all users when they log into their Ring accounts,’ the company wrote in a blog post. 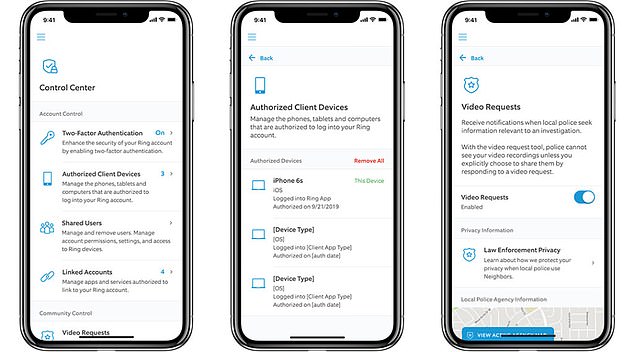 Ring is requiring two-factor authentication on logins after questions over its security and privacy practices that have cropped up over the past several months. Pictured: Ring’s new in-app privacy controls

The new requirement will apply to both primary and shared users on an account and will mark a shift from the way Ring had previously operated.

Prior to the change, new logins from devices not previously associated with accounts didn’t require additional identification – a move security experts identified as a risk.

Ring said it will also be halting access to Ring data for more third-party analytics which follows a report from the Electronic Frontier Foundation, a nonprofit that focuses on digital privacy, that found Ring had been sending personally-identifiable data to several third-parties such as Facebook and Google.

Among the data was potentially sensitive information like private IP addresses and names, which critics say undermines the company’s commitment to security.

‘Beginning immediately, we are temporarily pausing the use of most third-party analytics services in the Ring apps and website while we work on providing users with more abilities to opt out in,’ the company said in a blog post.

Similarly, users can also choose to opt out of personalized ads.

‘If you opt out, Ring will not share the information required to serve you personalized ads, though you may still see non-personalized Ring ads from time to time,’ said the company. 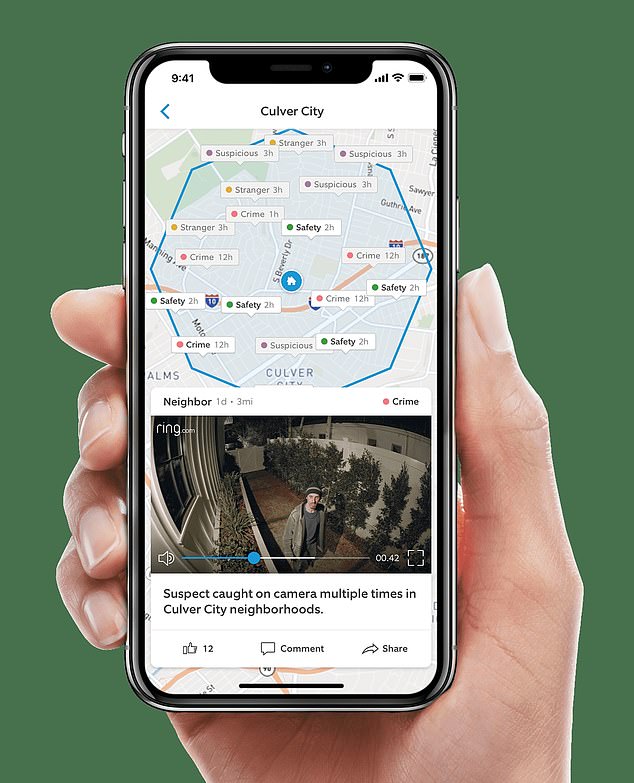 The company said it will be releasing more details on additional ways to limit third-party data sharing in the spring.

Added privacy controls come just a month after the company added similar tools including on that allows users to observe which police departments are partnered with Ring in an effort to ‘help inform you about when police are working with your community.’

Ring’s partnerships with police in which law enforcement are allowed to request video footage from users have been just one of several controversial practices from the company throughout the last year.

Rare albino bird has been unable to mate for four years

Coronavirus key questions: everything you need to know

Luna: A Play About the Moon review – science and stories in cabaret for kids

No more corked wine! Secret method 'guarantees all bottles' will NOT spoil

The hunt for a coronavirus vaccine | podcast