NEWSCABAL > politics > Richard Sharp: BBC chair may be a Tory donor but it could be far worse
politics

Richard Sharp: BBC chair may be a Tory donor but it could be far worse


Former banker Richard Sharp may be a prominent Tory party donor and fan of Brexit, but at least the new chairman of the BBC is not Charles Moore.

That’s how staff at the corporation are likely to be feeling about Wednesday’s announcement – with good reason.

Whether intentionally or not, the government smoothed the way for a man who is little-known outside the City to be appointed to such a central media role by pushing hard for Moore, the licence-fee refusenik and former editor of the Telegraph.

Once Moore had ruled himself out, but not before the government had pushed through a pay rise to entice him to give up his lucrative Telegraph column, Sharp emerged as the prime minister’s favoured candidate and has been waiting for the announcement ever since.

Despite all this, there are positives to Sharp’s appointment – and not just because the alternative could have been far worse.

A member of the board of the Conservative thinktank, the Centre for Policy Studies, Sharp is regarded as a shrewd operator by people who have worked with him.

As well as being the sort of smart bruiser who earns a fortune at Goldman Sachs, his main advantages as BBC chair are considered to be his good political connections and his genuine appreciation for the arts.

His closest political ally is his former underling at Goldman Sachs, Rishi Sunak. The chancellor called for Sharp to help deal with coronavirus relief measures last year. The 64-year-old is wealthy enough not to need the money and acted as an unpaid adviser to the Treasury.

Sharp’s appointment to the BBC could be a sign of the “Sunakification” of the British establishment, whatever that means.

Although it is not clear yet what tack the chancellor will take on the licence fee negotiations set to be reached this year, few believe the talks will be as antagonistic as if they had been carried out with Dominic Cummings still a force to be reckoned with in Downing Street.

“He is a long way from the Cummings lot’s hatred of the BBC, always banging on about the metropolitan elite,” said one media insider. “Whatever you think of bankers, he is very client-friendly, and our biggest client is the government.”

A former colleague at Goldman Sachs said he could be arrogant but also incredibly charming to those he needed to woo.

Having made a fortune on the private equity side of the business, Sharp is known as a brilliant negotiator.

Tim Davie, appointed director general last year, is understood to have liked Sharp when they met before Christmas. With two men from the financial side of the business now at the head of the BBC, it is likely to become more of a “corporation” than previously.

Sharp has been involved with the Royal Academy of Arts since 2004 and was its chair from 2007 to 2012, and is understood to have fought for more arts funding.

A known fan of music rather than TV, he would typically be expected to focus more on the bottom line rather than the corporation’s coverage. These are not typical times in many ways, however.

Several ministers, including the prime minister, are said to be unhappy with the BBC’s coverage of New Year’s Eve and the historic departure from the EU.

“It was almost funereal rather than celebratory,” said someone close to the cabinet.

It remains to be seen whether Sharp will use his lifetime’s experience in the City to negotiate away this tension or not. 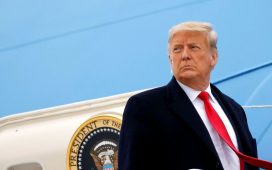 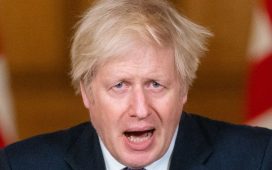 All the key lockdown promises from vaccination pledges to reopening schools 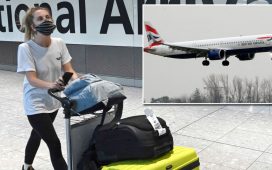