Declan Rice claimed England are continuing to prove their doubters wrong after the Three Lions booked their spot in the quarter-finals of Euro 2020.

Raheem Sterling opened the scoring in the 75th minute before Harry Kane doubled the lead 11 minutes later to guide England to a 2-0 victory at Wembley.

Rice says the criticism he and his teammates received ahead of the fixture only spurred them on to prove their critics wrong on the big stage.

“It’s incredible. A lot of people, you look at the group stage games, they’ve written us off,” Rice told BBC Sport .

“Complaints about the performances, not scoring enough goals. You read a load of things but as players you put that to the back of your mind and you want to prove people wrong.

“I think today, everyone had that fire in their belly to go out there and one, knock Germany out the tournament and two, for us, progress to the next round.

“It’s history. In the press conference this week all the players have been asked about the previous games against Germany but today we created our own bit of history.

“Gary Neville was saying last night these games don’t come around often and we’ve made the most of that opportunity today. It was pleasure to be out there on that pitch.”

Rice also heaped praise on England’s goalscorers, saying: “Raz (Sterling) is just proving so many people wrong, he’s scoring so many goals for us, he’s crucial.

Can England go all the way at Euro 2020? Comment below.

“H (Kane), made for the big occasion. Run his socks into the ground and scored the goal that put the game to bed.”

Rice added: “We don’t want to get too ahead of ourselves because Saturday’s a massive game as well now.

“We travel to Rome and we want to win that and progress in to the semi-finals.

“All I can say is about today, the occasion, fans, players, how we were up for it in the changing room. I’ve not been a part of a team with togetherness like this.

Rice picked up an early booking in the first half and the 22-year-old said he had to “stay composed” in order to avoid leaving his side a man down.

“I think it’s where maturity comes in and you kind of know, you’ve had yellow cards early in games before and you’ve just got to stay composed and stay focused. 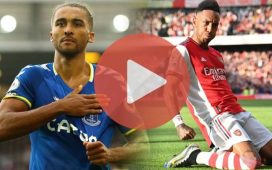 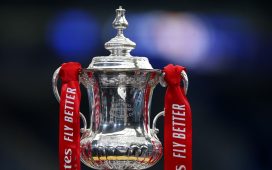 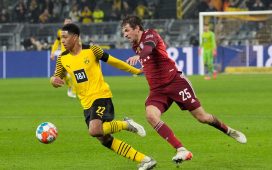